In Person Trade With Schuyler 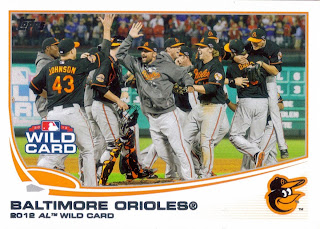 I was able to meet another blogger while I was up at Drew's, his good friend Schuyler.  Schuyler's a great guy who i always try to send Christy Mathewson and Team USA stuff to.  We met him at his family's bookstore, Merritt Books in Millbrook, NY (there website is: www.merrittbooks.com).  I gave him some stuff from our HOF trip and he gave me a few Orioles cards from 2013 Topps.  I'm hoping Schuyler will start posting again on his blog, as well.

It was really awesome being able to meet Schuyler in person.  I'm really digging these in person trades.  I hope I can keep doing them in the near future!
Posted by William Regenthal at 10:33 PM