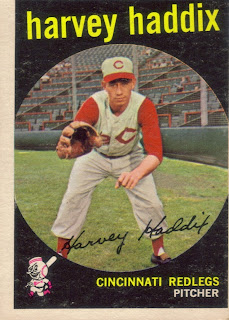 Wow, I'm so ridiculously behind.  It's a good thing though.  I have gotten a ton of trades in the mail lately, and I also attended a card show.  So, I have a ton of stuff to show off.  I've pretty much ended my run talking about my vacation, except there may be 3 or so more posts that I want to do on it.  However, since I am talking about trades, I will begin with the in person trade I made with Drew.  You may have heard of Drew on this blog before.  Maybe?  Anyway, check out his blog as well.  Because he's a great dude and a good friend.  So, the first night I was at Drew's place, we busted a box of 2011 Lineage and then he gave me a huge stack of stuff he had been collating for me for quite some time.  He also let me go through some album pages of cards that he had gotten in his amazing binder from a couple years ago.  I needed the above Harvey Haddix for my 1959 set. 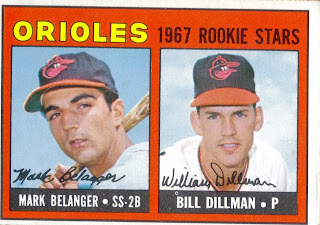 I grabbed this 1967 Topps Mark 'The Blade' Belanger RC for my Orioles collection.  Belanger was a slick fielding shortstop for the Orioles in their 70's heyday. 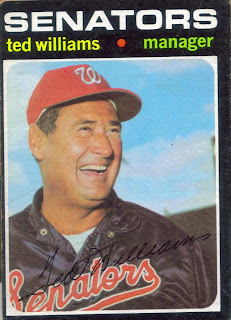 Ok, so, I have no idea how this card had eluded my 1971 set for so long.  I could have sworn I had this card already.  I need to check, but it was on my needs list.  Maybe I had a beat up one that I wanted to upgrade.  Anyway, Drew was nice enough to let me have it, and for that, I am thankful.  This really is a cool card of The Splendid Splinter.  His time in Washington was forgettable, leading to the theory that some great players just don't make good coaches. 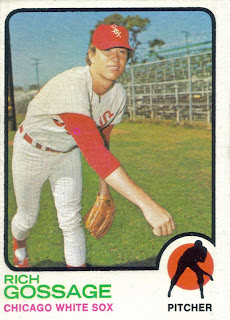 Drew threw in some nice RCs into my box as you can see with this 1973 Topps Goose Gossage and the below 1993 Topps Derek Jeter.  Look how young Jeter is.  Yikes!  I'm feeling old! 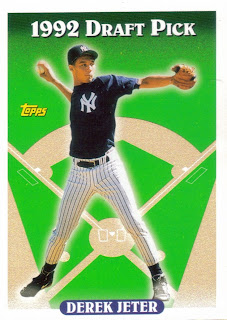 Yes, I am working on the 1993 set, but I have been lazy and haven't put my needs on my wishlist yet.  I'll get around to it. 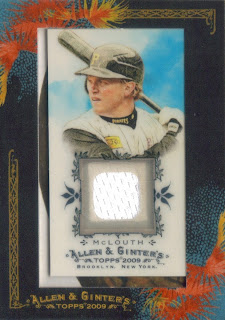 We pulled off a trade for one of the relic cards in the Lineage box for the above 2009 A&G McLouth relic.  Nate is becoming one of my favorite Orioles and I was happy to take this one off of Drew's hands. 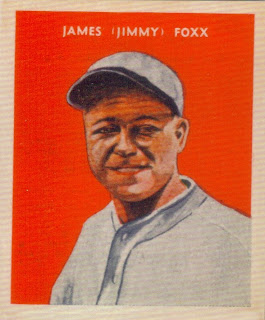 Finally, Drew threw in this cool coupon from Memory Lane, Inc.  It is kind of a hideous portrait of Jimmie Foxx, but it will still go into my Foxx PC.

So, thanks for all of the awesome stuff, Drew!  I love this in-person trading.  I would really like to do more of it.  I guess I may have to consider a Foul Bunt World Tour for 2014.  Haha.  Stranger things have happened.
Posted by William Regenthal at 10:41 PM