Picked Up Some 1971 Topps at the Greenville Card Shop

I had to get some supplies yesterday, so I picked up two more of the 1971 Topps cards that the shop owner was holding on to. 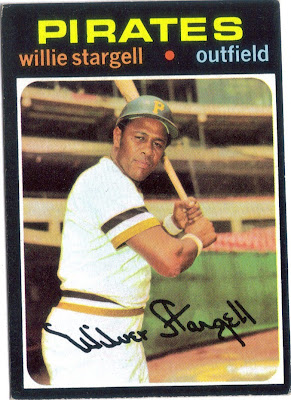 Willie Stargell. I believe this is his first appearance on my blog. Maybe? I don't know. I know that I'm not supposed to like the 1971 or 1979 Pirates. They beat the Orioles in the World Series both of those years in 7 games. Ouch. 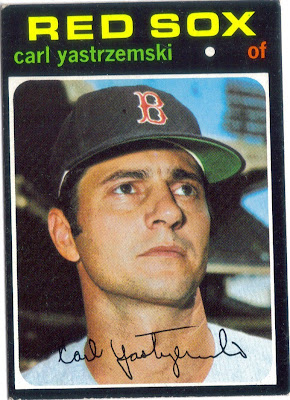 Carl Yastrzemski was an awesome player. Too bad he didn't win a World Series. Heck of a hitter, though.
.
These are two guys whose autographs I still need to get. Both aren't as expensive as they could be. I'm hoping I get them soon.
Posted by William Regenthal at 8:39 PM