This post is long overdue. At the end of June last year, my buddy Corbin and I went to Washington, NC to check out the USPS dedication of the new (it was new then) Negro League stamp. As a part of the event, several former Negro Leaguers were on hand for the dedication. 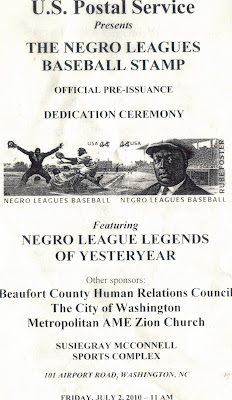 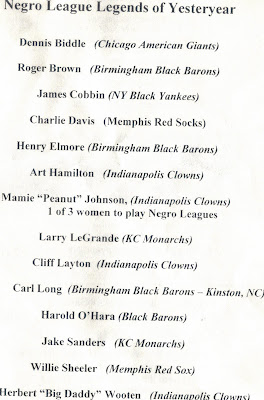 I heard about the event from a fellow baseball fan. I figured that it would be a good chance to see a bit of history. Corbin took pictures for me, which is why it took a bit getting the post up. 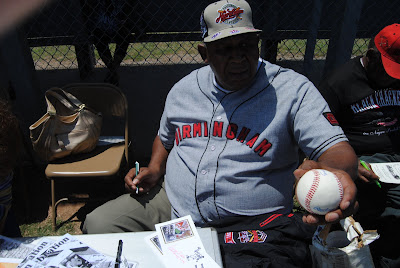 Here is local legend Carl Long signing my baseball. I got baseballs signed by each of the former players. Everyone on the list posted above appeared at the show except for one of the guys and the female player, who was one of the ones I really wanted to meet. For the most part, they were pretty receptive, but Corbin and I did get lots of funny looks, if you know what I mean. I won't explore that any further. 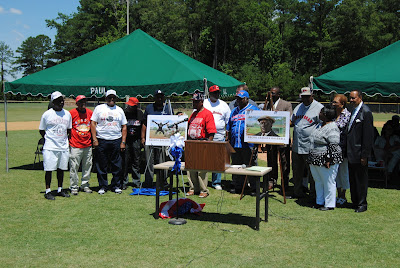 Here is the actual dedication and all of the former players who showed up. It was a beautiful day, and a kind of historical event. I'm not too sure why they chose Washington, NC, but I'm glad I got a chance to go.
Posted by William Regenthal at 7:21 AM

Sounds cool! I don't know a lot about negro leaguers but they did great things to our game and I'm glad you got the opportunity to meet some!