Christmas Presents From An Awesome Friend - Part One

It's no secret that Drew and I have become pretty good friends over the past 2 years. I sent him some stuff for Christmas, which he posted here. Drew sent me some really awesome stuff that I really loved. I broke the stuff up into 2 posts, here is the first: 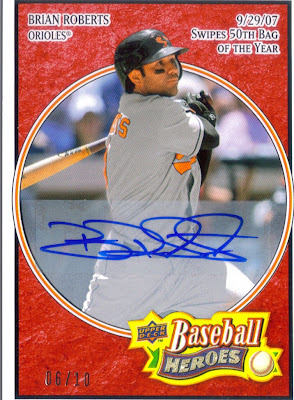 A 2008 UD Heroes Brian Roberts Red Auto. SWEET! I didn't have this one, so I was really excited to get it. I love red cards, I think. I've noticed how they pop when they are scanned and posted. This one is no different. Just stunning. 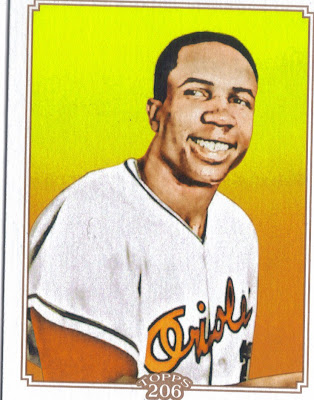 I didn't have this Topps 206 Frank Robinson either. I don't have near as many Frank Robinson cards as I do other legendary Orioles. I think he is definitely underrated as far as hall of famers. I don't know that he would be too happy if he saw the amount of surface area that Topps devoted to his forehead in this card. It is a nice card, though and Im happy to own it. 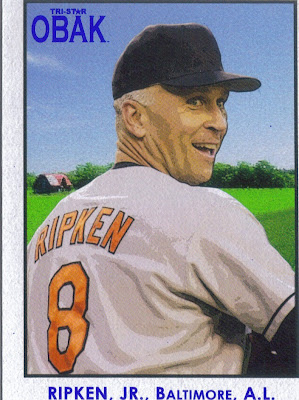 Drew reads my blog all of the time and he knows how much I appreciate a Cal Ripken card that I don't have. I definitely didn't have this one. I really like Obak and may still look into getting a box. We'll see. 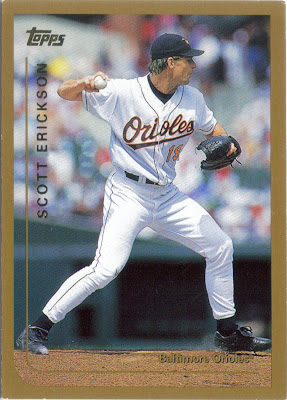 A 1999 Scott Erickson. I really liked Erickson when the Os picked him up in the mid 90s. He was the #2 on a great O's 1,2,3 punch of Mike Mussina, Erickson and Jimmy Key. I have heard that he was less than forthcoming with reporters and such, but that's ok. I respected him as a player and don't have near as many of his cards as I should. 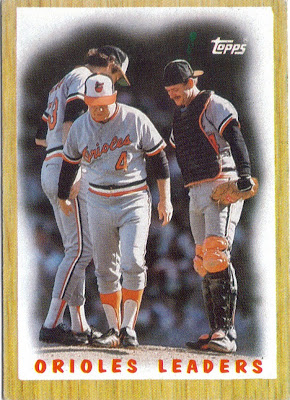 I always chuckle when I think of Earl Weaver. "Team speed? Jesus Christ...." I bet you he's saying "Yeah, he touched the rubber..." I wonder how many of you get THAT reference, haha.
.
I just want to take the time to sincerely thank Drew. He's a really great guy who always writes an interesting blog. If you haven't already, head over there and check it out. Add him to your favorites list and follow him! It's great for someone so young to be as heavily involved in cards. The future of the hobby rests in his capable hands. Thanks Drew!
Posted by William Regenthal at 3:00 PM

Thanks for being such an awesome friend to me!! And that stuff was NOTHING compared to the Rizzuto! But glad you enjoyed them!