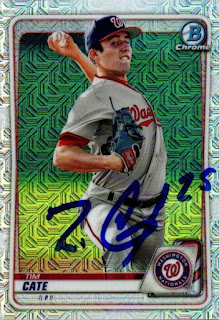 Taking a couple days off from posting didn't put me any farther behind than I thought I would be, which is nice.  I still have several 50/50s I need to catch up on and what will probably end up being a card dump post of stuff that I just can't tell where it came from.  I did, however, figure out which signed cards I got back from my friend, Patrick, and got them all into this post.

Patrick took a bunch of cards for Wilmington and Harrisburg for me the last to seasons, and did pretty well getting me most of my cards signed.  I was glad he was able to get Tim Cate done for me; he helped me finish a couple of the duals with Owen White that I had already posted a while back. 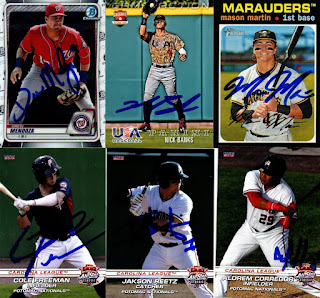 He also helped me knock out some random cards, as well as a few Carolina League All Star cards.  I wish they would bring back the league all star games.  It is so stupid that the minor leagues haven't been having them. 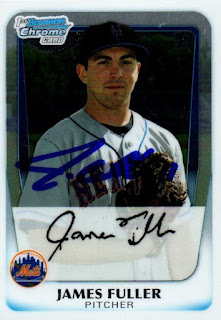 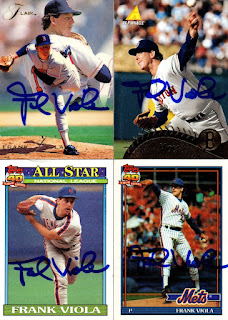 Finally, Patrick got a few more Frank Viola cards done for me.  I still have several of his cards, in case I see him at High Point again.

I appreciate Patrick getting these cards signed for me.  I didn't send him as many cards this season, as we both were busy, but he does have a package he is going to send back soon.  I also owe him some of his cards, so I need to get them in the mail too.