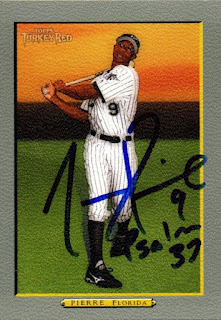 Juan Pierre had been in my "to be TTMed" stack for quite a while before I finally saw an opening in which to get the cards to him.  I sent some nice cards, like the above 2005 Topps Turkey Red.  This card looks great.  I used to have a bunch of these, but sold off a lot of them over the years. 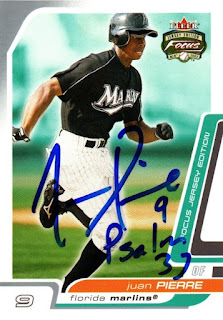 I also sent off this 2003 Fleer Focus, which will look great in my album.

Posted by William Regenthal at 6:26 PM