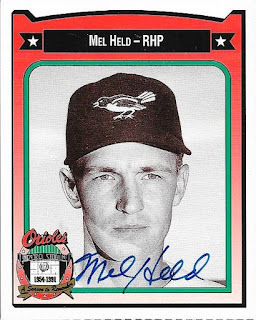 I found another former Oriole in my 1991 Crown set who is on the list of 100 oldest living former MLB players in Mel Held.  I went ahead and sent the 91 Crown, along with the below 2019 Topps Ballpark Evolution card, since I had no other cards for Held. 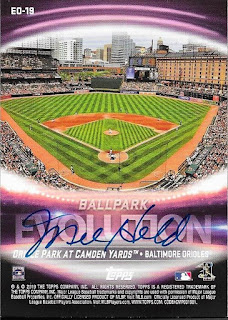 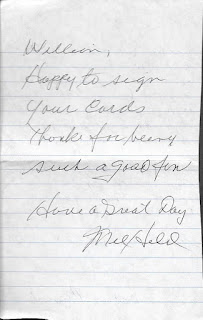 Additionally, Held wrote me the nice note seen above.  I really like it when the player takes the time to write back, even if it is a few sentences.  I'll file this note away with all of the other ones that I have gotten over the years.  I really treasure these things.
Posted by William Regenthal at 5:26 PM