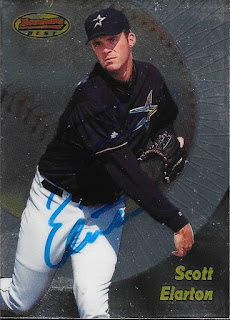 I had Scott Elarton's cards in my box for a long time before I finally made myself send the cards out.  They all turned out well, and I was glad to add them to my album.