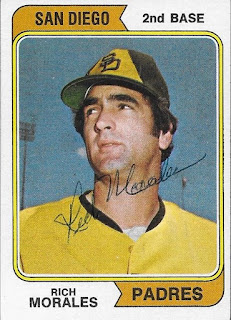 Some more 1970s cards were added to my album when I got these two cards back signed from Rich Morales.  He signed my 1974 (above) and 1973 (below) Topps cards in black ballpoint pen. 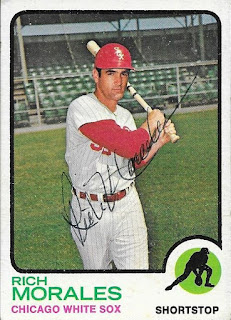