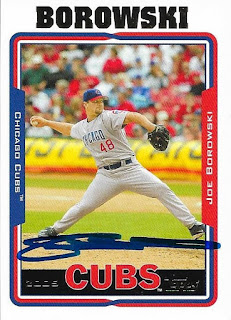 This TTM success from Joe Borowski was nice because it got me a few signed cards from the mid-2000s.  These are years where I don't have a lot of extra base, so some of these guys are hard to come by.  The above 2005 Topps turned out really well, I think. 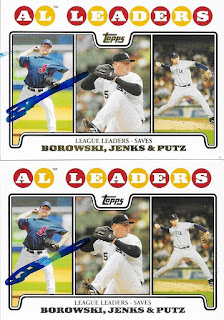 These are actually two different 2008 Topps.  The top one is the shorter printed gold foil and the bottom is the more common silver foil. 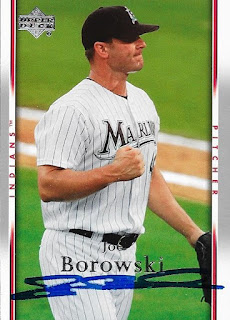 Finally, here is a 2007 Upper Deck.  I remember busting a box of this way back when, and really enjoying this set.

I mailed to Borowski on September 10 and got the cards back on September 28, for an 18-day TAT.
Posted by William Regenthal at 6:03 PM