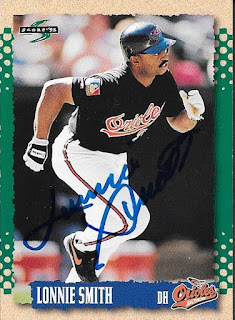 I used PastPros again and knocked another name off of my 1987 checklist.  I also went ahead and added this 1995 Score, which shows Lonnie Smith as an Oriole.  I always loved the 1995 Score set, and would have built it, if my base cards I had hadn't all been stuck together.  Oh well, this one survived, and is now safe in my album. 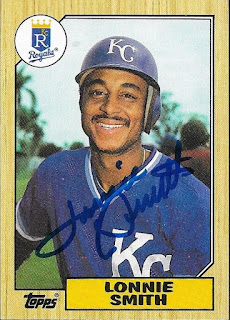 Here is the 1987 Topps that I needed, which turned out well.