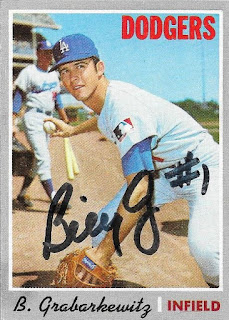 It took two tries, but I got a couple cards signed by Billy Grabarkewitz.  I had grabbed the above 1970 Topps while at Conrad's in Columbia.  I wanted to add another to my album, and this one turned out great. 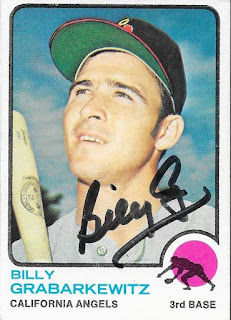 I also found this one in the box of 1973s that I got from there, and it looks really sharp.

I mailed to Grabarkewitz on September 10 and got the cards back on September 23, for a 13-day TAT.
Posted by William Regenthal at 6:07 PM