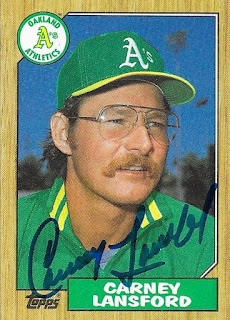 Another private signing landed me another tough auto for my 1987 set with this success from Carney Lansford.  The auto turned out really well, but I completely missed that he was on the A's team card, so I'll have to send that (which is already signed by LaRussa) if another signing comes down the line.