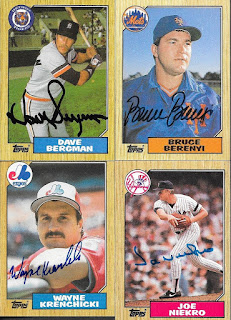 I picked up some 1987 Topps cards for the set recently from Ebay.  Three of the cards were of deceased players, and one was just a touch signature.