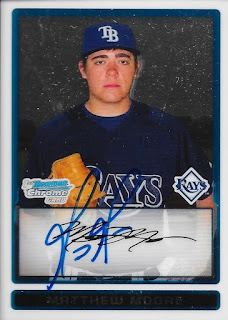 This was a nice TTM success from Matt Moore in that I was able to use this 2009 Bowman Chrome that had been floating around my boxes since I had gotten the card.  I do have a bunch of old Bowman from back then, and it is a bit tough to get them signed these days. 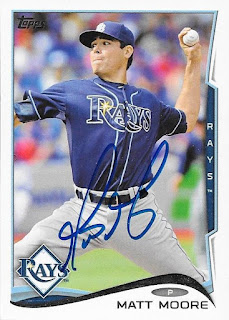 I also added a 2014 Topps to the album with this one.  I still dob't have very many of these signed, so it was good to add one.