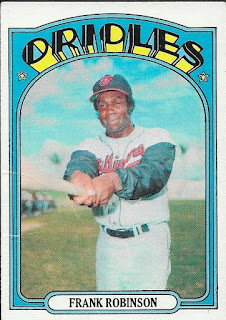 I have been active in the Instagram trading community for about 2 years now.  During that time, I have met quite a few collectors that I would go so far as to call them friends.  I have also met some folks who don't necessarily collect, but I chat with them often about baseball, collecting, life and whatever.  For a while, I have been chatting with a kid named Dalton, from Minnesota.  He's into geology, so we talk about fossils and shark teeth and stuff, but had never done any trading.

Recently, he surprised me with a care package, saying that he was getting rid of some baseball cards so he could concentrate on football.  He also wanted to send something nice for my son, Chris, since his birthday was around that time.

I was surprised when I opened the care package that Dalton sent.  There were quite a few lower end relic and auto cards.  I was expecting a few Orioles and Giants base, but the package having all of those relics and autos was really cool.

There were some base cards as well, like the above 1972 Topps Frank Robinson.  I think I actually need this one for the set, if I can ever get it started.  It has a small crease on the left side of the card, but it isn't imposing, so I'll probably keep it in the set.  If not, it will go into the Frank Robinson PC. 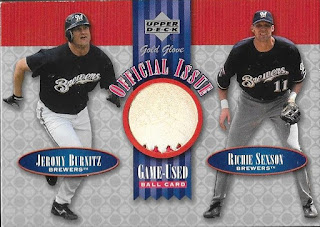 I didn't scan each and every card Dalton sent, because he sent so much.  Probably the highlight of the autos and relics was this game used baseball card.  If you look closely, you can see that some of the stitches made their way into the relic.  I haven't seen many relic cards like this, so it was one that I really enjoyed. 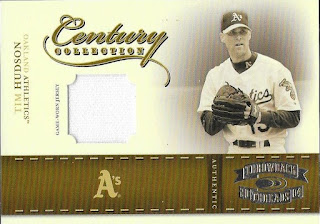 This Tim Hudson relic was another card that Dalton sent that I really liked.  It is just a nice, clean card.  The card is numbered 245/250.

Thank you so much for the care package, Dalton!  I really enjoyed it, and Chris has, too!
Posted by William Regenthal at 7:33 PM