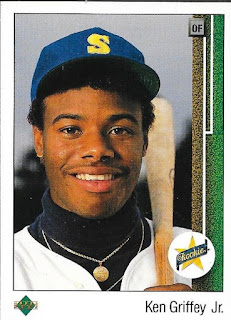 Today, the 2016 BBWAA Hall of Fame ballot was announced, and to no one's surprise, it is headlined by an all-time great, Ken Griffey, Jr.  The election results will be announced on January 6th, and it is a foregone conclusion that "Junior" will be elected.

He wasn't my favorite player growing up, but he was near the top.  Even when my friends in school were getting Jordans, I had Griffey Nikes.  Man, I wish I could find a pair of those now.  They were some cool shoes.

Furthermore, I think Griffey may be the reason I am waiting for Mike Trout to do something amazing.  Don't get me wrong, Trout is a really good baseball player, but I think I was spoiled by watching Griffey for so long, I'm waiting on Trout to hit 80 homers and have 200 RBIs or something.

Of course, some idiot will turn in a blank ballot, and other idiots will hold Griffey off of theirs because "no one has ever been a unanimous choice, so no one should ever be..."  Those people need their voting privileges taken away.  Seriously. 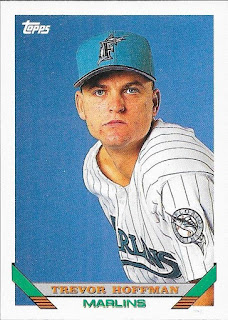 Griffey isn't the only big newcomer to this year's ballot.  Former ace closer, Trevor Hoffman is also eligible for the first time.  Recently, the voters have become more accepting of the closer role, so maybe that will help Hoffman get in.  I'm not 100% convinced that he will get in on his first ballot, though.  We will see.  I do anticipate Mike Piazza finally getting in.  Maybe Tim Raines will see a boost in his voting as well.  I think this year will see two guys make it, and if stars align, maybe a third.  I doubt it will be more than two being voted in though.

For more information on the Hall of Fame ballot, check their website HERE.
Posted by William Regenthal at 9:46 PM