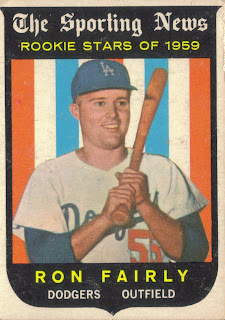 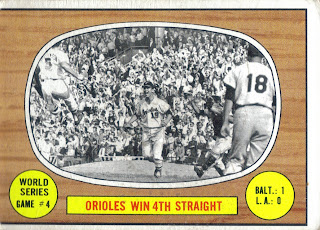 I really like this 1967 Topps 1966 World Series Highlights.  This will count in my Brooks Robinson PC as you can see him to the left leaping in the air.  He looks like he is flying! 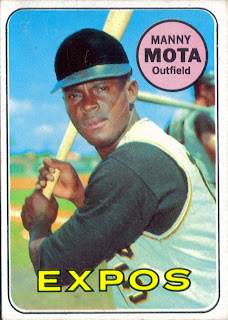 I like this 1969 Topps Manny Mota due to it being awesomely airbrushed, as you can see the logo in his hat has been airbrushed out, but he is clearly wearing a Pirates jersey. 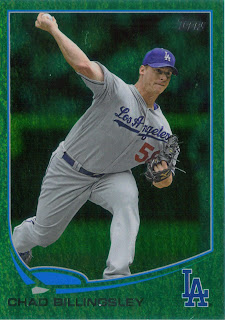 I can take a few more Emeralds off of my wishlist.  I need to count them again and see how much closer I am to completing Series One.  I know I'm not doing too bad.  I need to keep it up, as far as trades go, though. 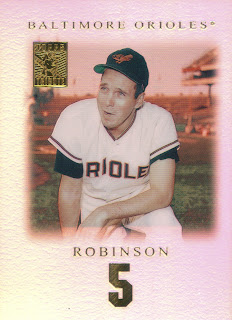 Finally, another Brooks Robinson to add to my PC.  This is a 2001 Topps Tribute, which, surprisingly, I did not have in my collection.

Thanks for the trade, Jim.  I hope to get by the Post Office tomorrow and send your stuff on its way.
Posted by William Regenthal at 9:17 AM