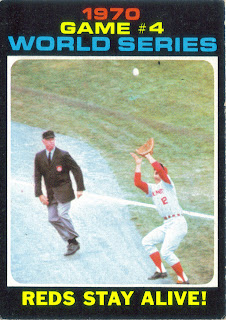 I received two trade packages today, one of which will be featured tonight.  I got a package from fellow blogger, Roger, from I Don't Know...3rd Base, today after discussing a trade with him for one card that he had that I was looking for.  I was elated when I opened his mailer and found TWO team bags full of goodies that I needed for some various PCs and a couple sets that I have kind of neglected lately.  Roger sent me 21 1969 Topps and 8 1971 Topps for my sets.  SWEET!  I like the above card from 1971 Topps, but it should read underneath the Reds Stay Alive - Not For Long.  You know, because Brooks Robinson was lights out when anything was hit toward him during that series. 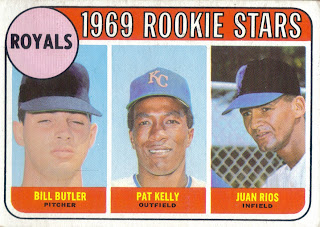 I liked this 1969 Topps Royals Rookies, but I had no idea that Billy Butler has been with them that long! 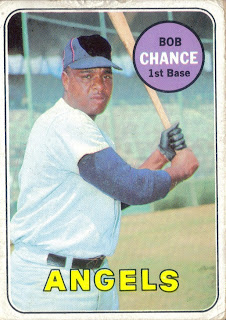 This Bob Chance is seriously airbrushed, don't you think?  Looks it to me. 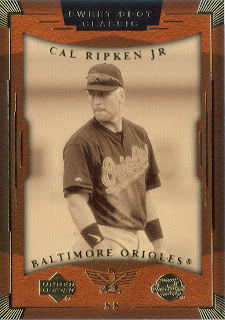 My first comment when I saw this 2004 Sweet Spot Classic Ripken was "Ooh, pretty!"  I mean, it is, don't laugh at me!  I might seriously consider finding a box of these at some point.  Really nice design. 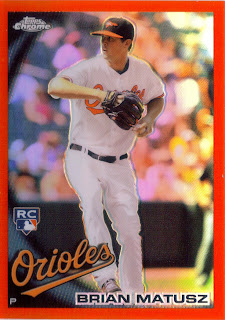 I opened something like 5 boxes of 2010 Topps Chrome and didn't pull a single parallel.  Weird, right?  Well, I was happy to get this Orange Refractor Brian Matusz in the trade. 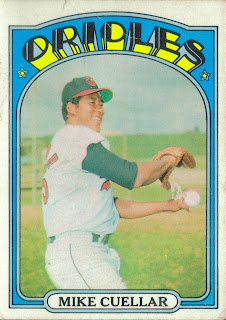 Mike Cuellar has to be one of the more underrated pitchers ever.  He won a Cy Young Award (he shared one, I meant to say...), won 20 or more games 4 times and was on 3 World Series teams (winning in 1970 with the Orioles).  I really need to make a PC of him; I probably already have a ton of his cards as well as a signed baseball. 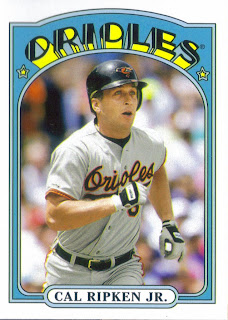 Looking remarkably like the aforementioned 1972 Topps Cuellar, the above Cal Ripken was a welcome addition.  I didn't have it yet, so that was good.  I have always been a fan of the 1972 Topps design and look forward to putting the 1972 set together at some point in time (once 1969 and 1971 are done for sure). 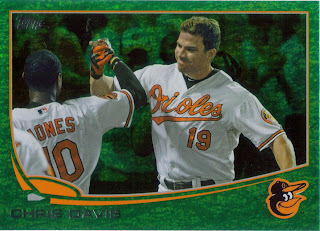 Finally, I present the card that our trade was centered around, this 2013 Topps Emerald Chris Davis.  I am well on my way to putting this thing together and I sincerely appreciate all the folks who have emailed me with trade proposals to assist me in completing the set.  It'll be a long road, but I really look forward to completing it.

Thanks so much for the trade, Roger.  I saw on Roger's blog that he hasn't posted since 2011, so maybe we all can coax him into writing again (unless I missed an updated blog during my search...).
Posted by William Regenthal at 7:36 PM

I'm glad you enjoyed the cards!

I've been contemplating writing again. Maybe focusing on trading!!
I guess we shall see!!