Christmas Gift From Michael - Lots of Signed Cards and Other Stuff 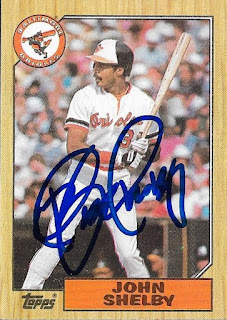 Michael sent me a nice Christmas package, which came in a few days ago.  In it were several signed cards that would look great in my album, and also a signed 1987 Topps John Shelby (above) that I needed for my set. 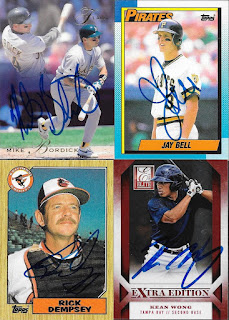 I already had Dempsey in my set, but this one is nice, also.  I needed the other cards, and they all look great. 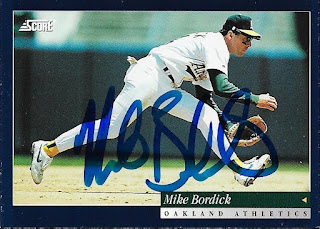 I've actually got a 5,000-count box of 1994 Score that is at the bottom of my stack of card boxes, so it is very hard to get to.  I need to get in there sometime and really thin it out.  I'm not sure if I gave this cards to Michael from that box and he got it signed, or if he had it on his own. 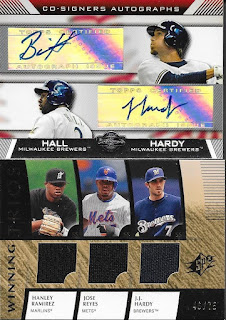 Finally, Michael gave me these two nice JJ Hardy cards.  Hardy is sorely missed on the Orioles, and he definitely became a fan-favorite during his time there.  I hope he gets into the Orioles Hall of Fame soon.

Thanks so much for the package, Michael!  I know I will see you soon.
Posted by William Regenthal at 5:51 PM