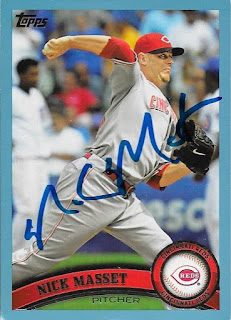 I added some fairly recent cards with this TTM success from former pitcher, Nick Masset.  The above 2011 Topps Update Wal Mart Blue was a nice parallel to add to the autograph album. 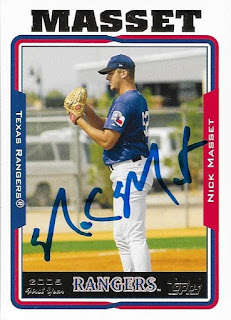 I also had this 2005 Topps Update, and went ahead and sent it along.  Both cards look nice.