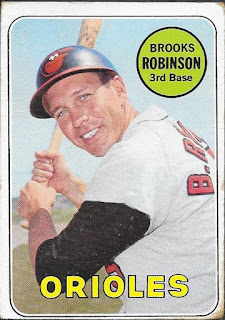 When I wasn't buying high-value vintage cards or stuff for friends at the Columbia antique shop, I was knocking cards off of my 1969 Topps set wishlist.

I picked up 41 cards that I needed for the set.  After this trip, I need 178 cards to complete the set.  I couldn't believe that I still needed this Brooks Robinson for the set.  I thought I had added it a while ago. 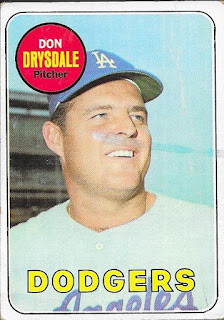 There were a bunch of stars that I picked up,  This Don Drysdale was a nice pickup.  It is far from mint, but it is still a nice addition.  This is actually Drysdale's last Topps card, as he would retire due to chronically sore shoulder during the 1969 season. 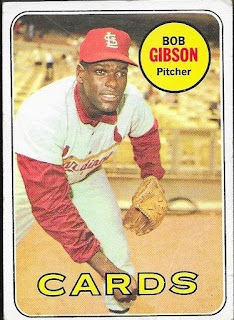 This Bob Gibson is nice, but will probably be upgraded at some point.  I didn't notice that it had a big crease near the bottom right corner.  I know not to expect my vintage sets to be mint, so I may ot even upgrade it at all. 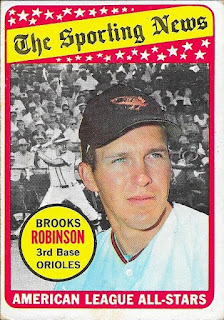 I picked up several of the All Star cards that I was missing.  I added this Brooks (again, I thought I had an extra of this from my PC), Willie McCovey, the below Ron Santo and a Bob Gibson. 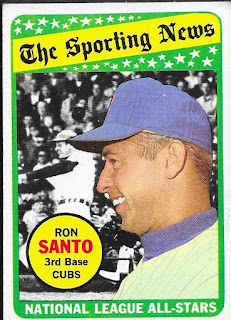 So, I made a nice dent in the 1969 set.  I am happy with what I spent, and I hope to keep chipping away at this set this year.  It would be really nice to close it out BEFORE the National, that way I can pick up other stuff, but I don't know.  Events are piling up already for me this year, and budgeting is going to be tough.
Posted by William Regenthal at 7:11 PM