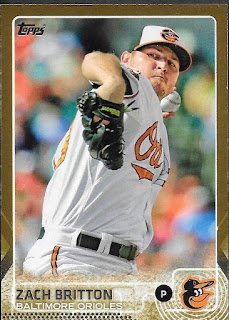 I got a surprise Christmas care package recently from an Instagram follower named Jack.  I have chatted with him and his cousin, Nathan here and there.  They're both really good people, but I was still surprised that Jack thought enough of me to send me something for Christmas.

Inside the package was a bunch of Orioles parallels, like the above Zach Britton gold from 2015 Topps.  This one is numbered 1952/2015. 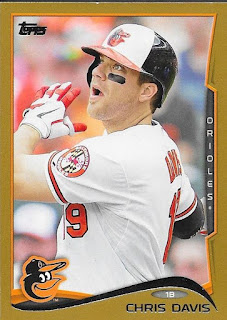 Another card in the package was this 2014 Topps Chris Davis gold parallel numbered 142/2014.  I'm still very excited that Davis will be coming back to the O'd for this season and beyond.  I'm really interested in seeing how his career will play out. 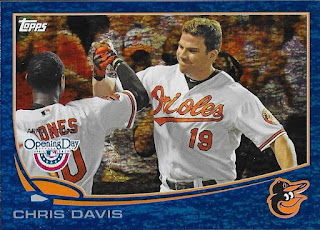 Like I said, I was surprised to be getting anything from Jack.  He is a really nice guy, and I need to do some more trading with him and his cousin.  Thanks so much for the care package, Jack!
Posted by William Regenthal at 4:47 PM