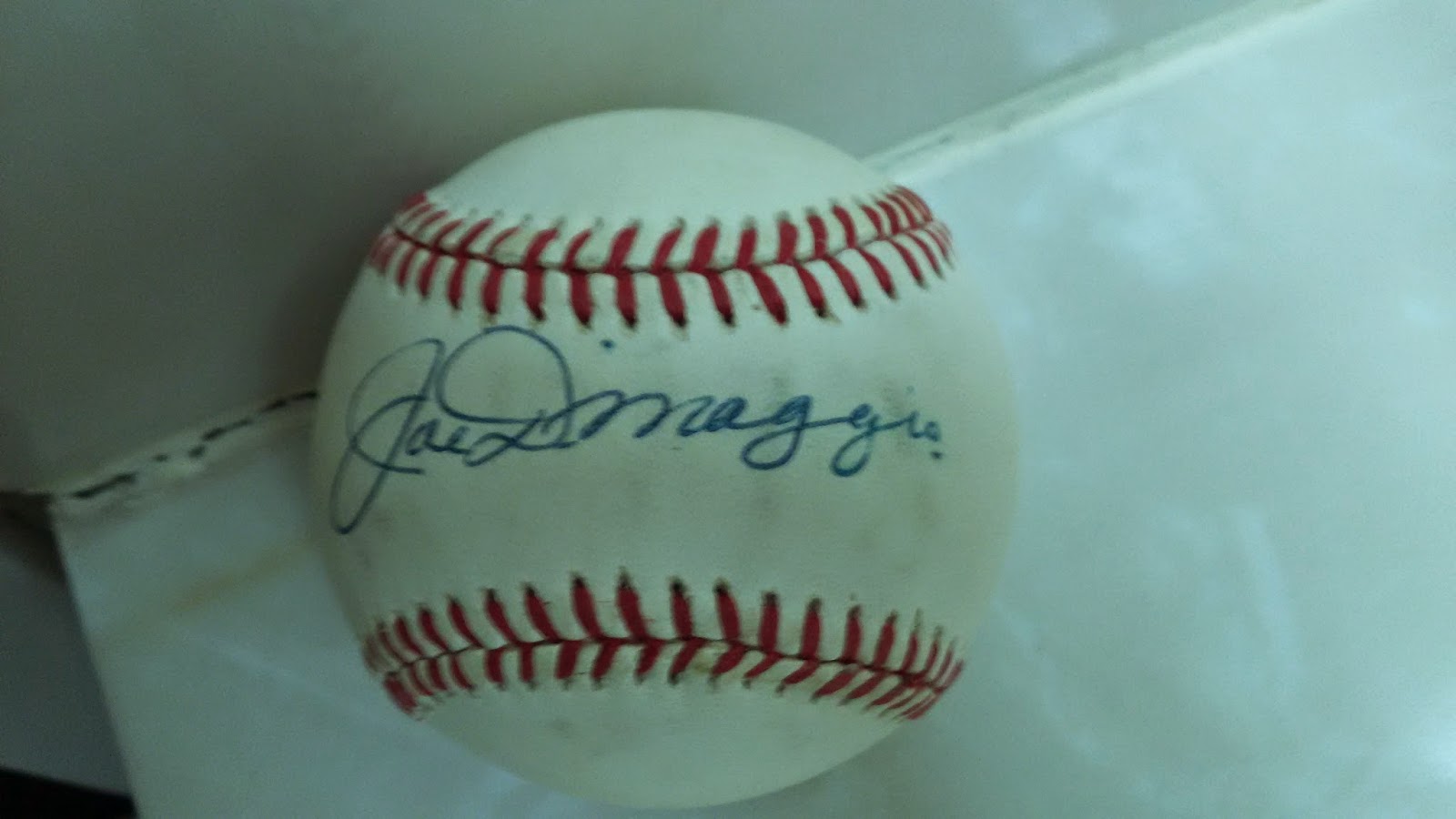 I visited the antique shop in Columbia, SC today and left there with a ton of stuff.  One of the more notable items I got (and I got a few) was my 110th baseball signed by a Hall of Famer.

DiMaggio is the owner of one of the records that baseball may never see broken, a 56-game hitting streak.  DiMaggio accomplished the feat in 1941.  That is one of those records that you will likely never see broken, much like Cal Ripken's consecutive games streak, or Cy Young's wins record.  DiMaggio was an excellent hitter who could have achieved muchmore, had his career not been interrupted in its prime due to World War II.

DiMaggio was elected to the Hall of Fame in 1955 when he was named to 88.8% of the ballot.  He had appeared on the ballot in 1953 and 1954, but wasn't elected (he also appeared on the ballot as a player in 1945).  His inclusion on the '53 and '54 ballots were largely due to the fact that it was always hinted that he night come out of retirement.  He is the reason for the 5-year waiting period on the current Hall of Fame ballot.
Posted by William Regenthal at 11:36 PM