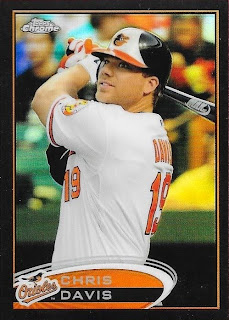 I got a care package recently from someone on Instagram who chose to remain anonymous.  One of the guys I traded with recently messaged me and asked me for my address saying that one of his friends wanted to send me something.  Since we had traded before, I gave him my address again, and about two weeks later, I got a package in the mail.

Inside the package was a note that said: "These cards don't belong on my desk, they belong in your collection.  Enjoy! - From, Don't Worry About It."

The gesture was nothing short of amazing.  I really appreciated whomever it was that felt the need to send me these cards.  Thank you so much, and it won't be forgotten.
Posted by William Regenthal at 8:44 PM