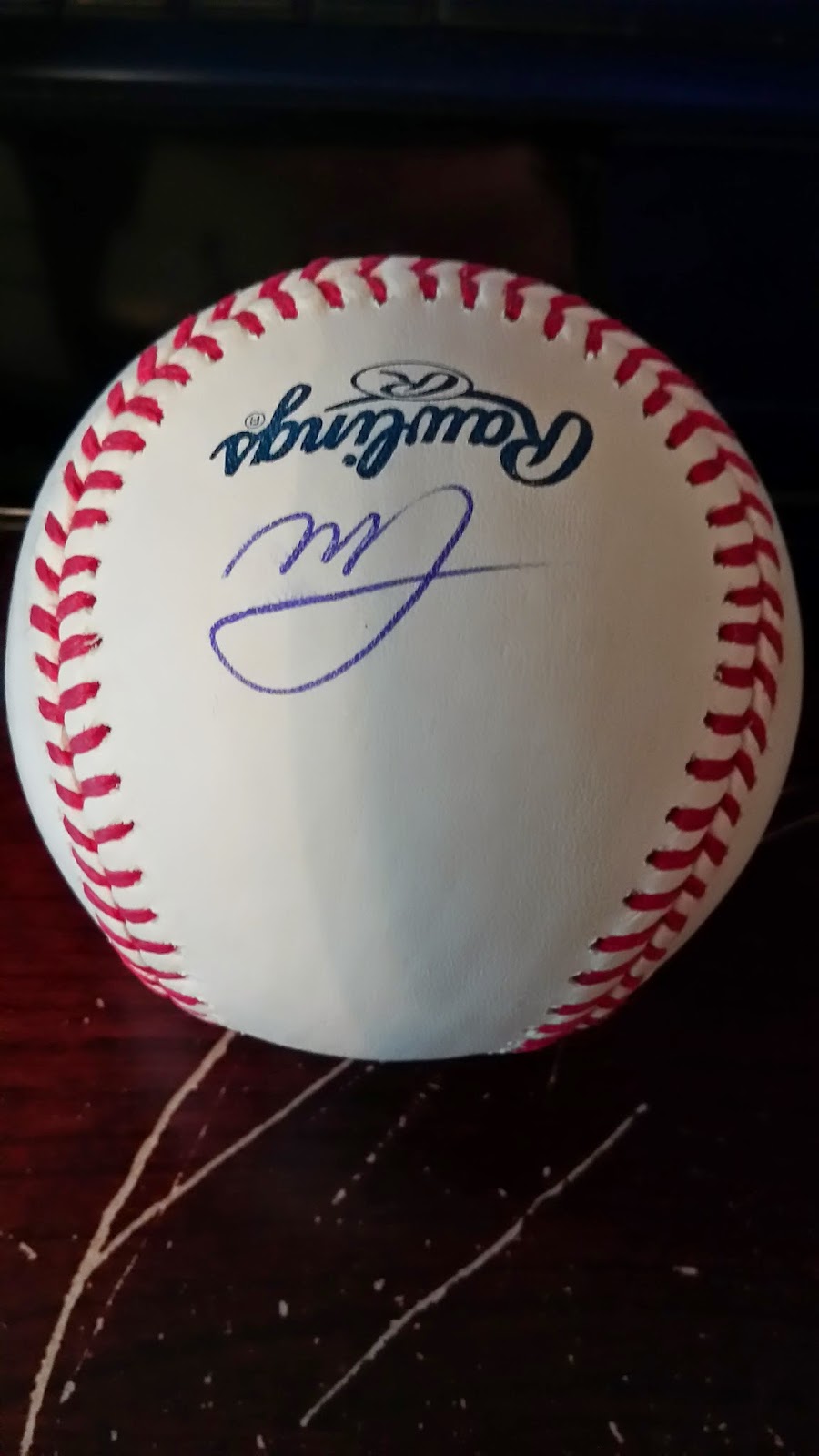 My buddy, Trevor, went to the second game of the season this year when the Orioles were in Tampa.  He did some "graphing" before the game and came away with a Manny Machado signed baseball.  Manny's signature has become more and more simplistic over the last few years, resulting in what you see above.

Still, it is really nice, and it didn't take me much to get it from Trevor.  I just hooked him up with several Reds relics and autographs that he wanted. 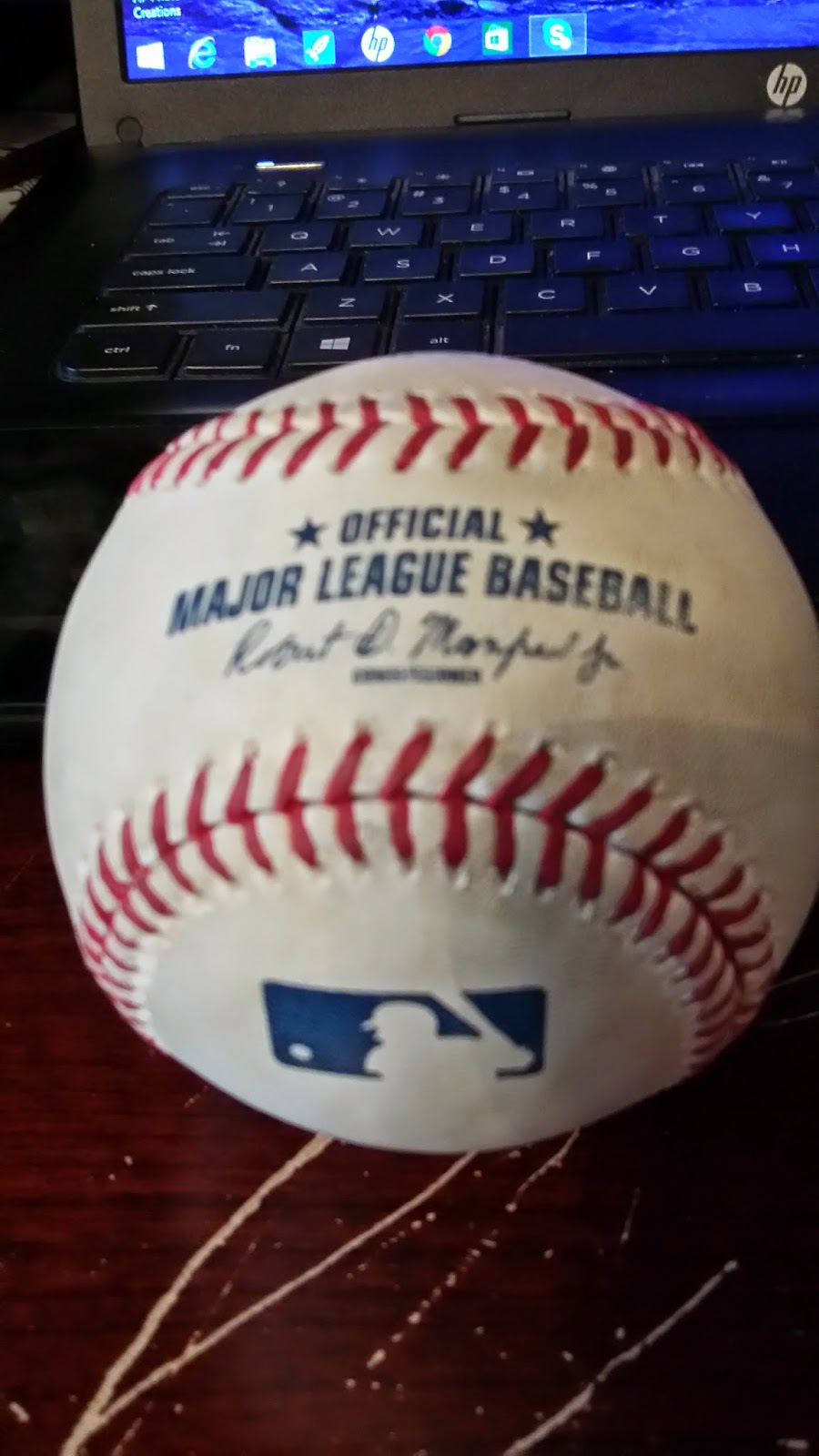 Trevor also caught a game used baseball that was thrown over the fence at the end of the 8th inning.  That's not where the story ends, though.

He sent me a screenshot of that moment on the video, but I have since cleaned off my phone.  I thought it was really cool, though.

Thanks for the deal, Trevor!
Posted by William Regenthal at 5:41 PM