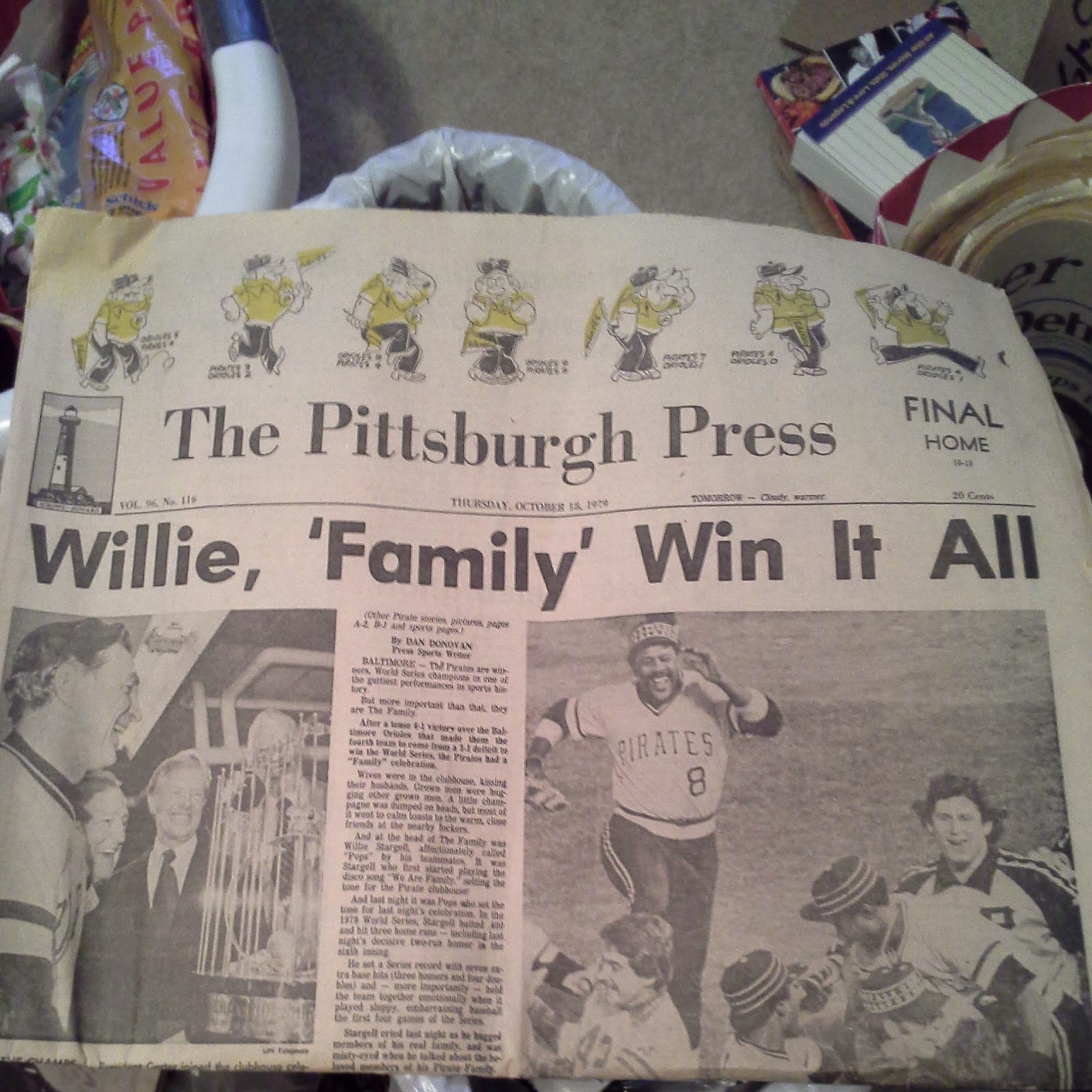 This year,"The Unexpected" was the theme for all of the presents I got.  A later post will show the non-baseball stuff that my mom got - she pretty much baited me into doing a non-baseball post.  One of the coolest, most unexpected gifts (baseball related) that I got this year was from my father-in-law.

My father-in-law usually leaves the Christmas gifts up to my mother-in-law, but this year, he hit a home run (pun intended) when he dug through his newspaper collection and unearthed some that he had saved for years from a couple World Series that he experienced.

The first thing he said when I went to open the gift was "I'm not sure you'll like this, but I have been saving it for a long time and I thought you might like it.." His apprehension was due to the fact that folks in Baltimore still want to gouge their eyes out every time they hear the "We Are Family Song" since the Orioles blew a 3-1 series lead and lost in 7 games to the Pirates in 1979.  My first response was "Oh man, you know who they beat!", however, I still thought it was an awesome gift and I was very happy to receive it.

I have been a Willie Stargell fan for a while, and I think I can get over the fact that the O's choked, and enjoy the antique newspaper.  He also included a few from Detroit when the Tigers won the World Series in 1984.

My father-in-law saves newspapers from major events, mostly elections.  I, myself, have some that I have saved, usually sports moments.  I have copies from Cal Ripken's 2,131st consecutive game, Kirby Puckett's HOF induction and Mickey Mantle's death,  I think going back and looking at these old newspapers can be fun.

So, thanks so much for the papers!  I'll sit down and browse them soon!
Posted by William Regenthal at 4:47 PM