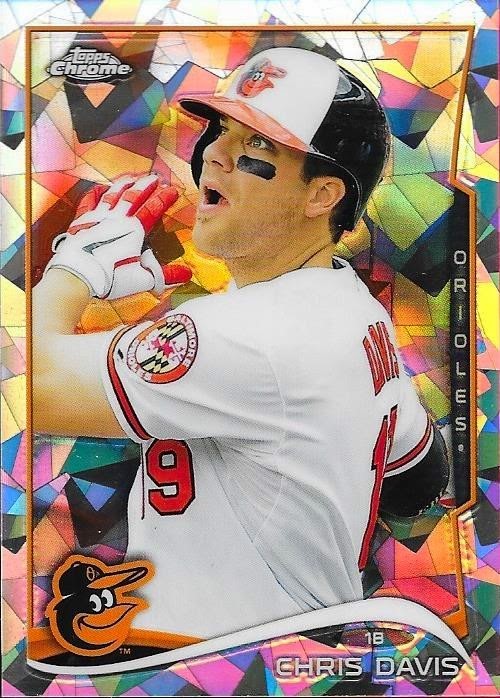 I got this awesome numbered 8/10 atomic refractor of Chris Davis with some money from a sold card on COMC.  I had been watching it all Black Friday weekend, and picked it up when the price dropped from $17 to $12.  The card scanned awesome!

Davis made a little bit of news today when it was revealed that he has received the therapeutic use exemption for Adderall for the 2015 season.  This should help Davis in the upcoming season and should also remind folks that he does, in fact, have a medical condition and wasn't necessarily trying to cheat last year.  Yeah, he made a dumb mistake, but we are all human, so I give him a pass.

Anyway, I'm tired of the offseason already, I want some baseball to start.  Not too long, though, til Spring Training.  In between Spring Training and now will be Christmax and the Hall of Fame vote.  So, I do have some things to look forward to.
Posted by William Regenthal at 5:47 PM