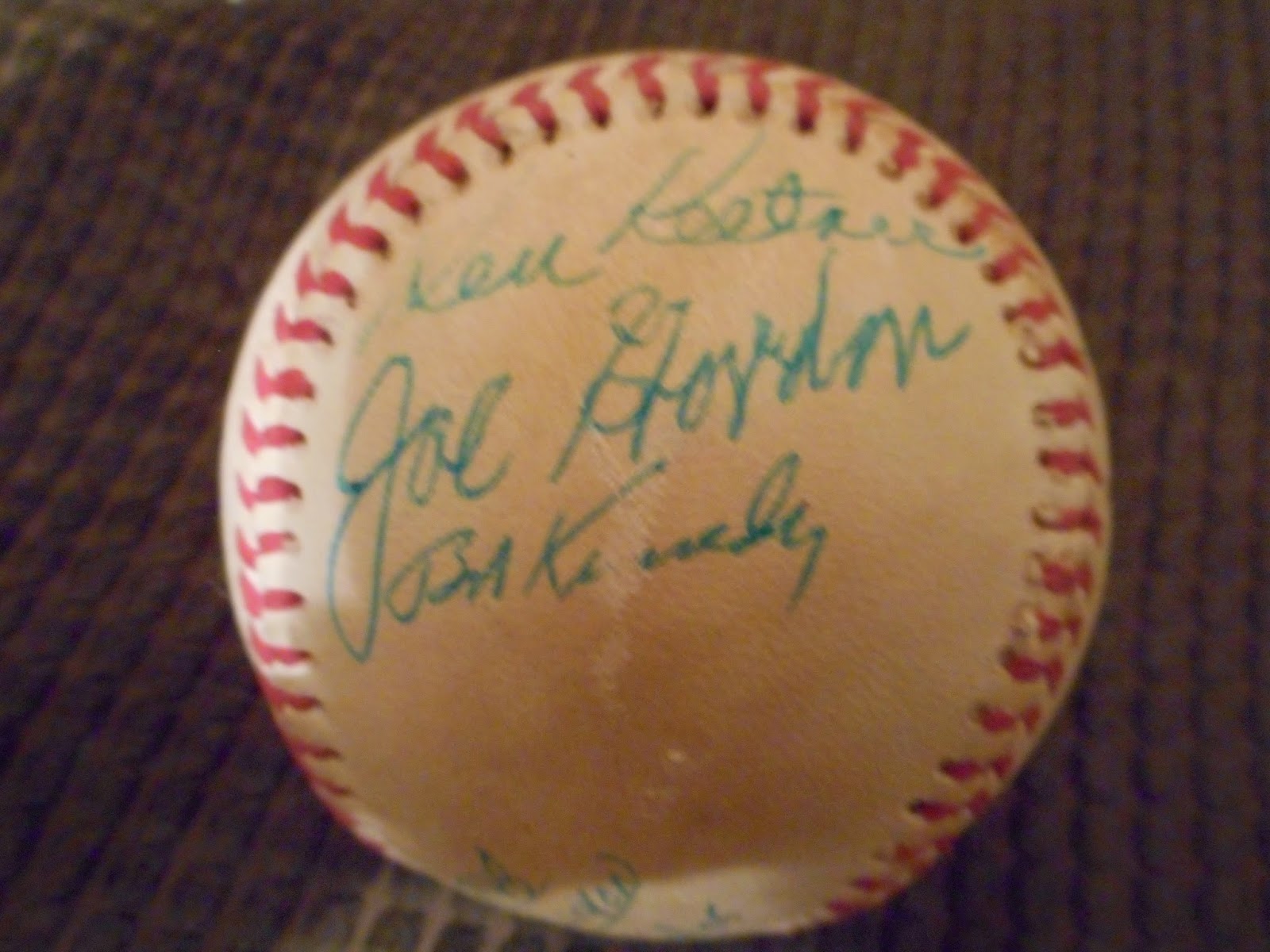 It has been a while since I last posted.  I just got back from a conference in Las Vegas, coupled with my wife having surgery.  I figured I wouldtake a break from blogging, since it would be tough to write posts about cards from the hotel.

While I was gone, I got in two signed baseballs that I needed, and I'll show the first one off today.

This is a ball signed for a reunion of the 1948 Indians in the 1970s.  I try to stay away from team balls when I can, but sometimes, I need them to get guys who I normally wouldn't be able to afford on single balls.  The player in question this time is Joe Gordon.

Gordon was elected to the Hall of Fame posthumously in 2009.

Gordon is my 106th baseball signed by a Hall of Famer.  I'll do another post soon on the rest of the signatures that are on this ball and where I got it.  Until then, I'm glad to be back!
Posted by William Regenthal at 10:46 PM