I got a nice package in the mail the other day from my buddy, Joey.  He sent me a ton of Orioles cards, but some of the stuff in the package that stood out the most was the Non Orioles cards.

I have worked over the years to include cards and PC players who aren't Orioles so I can add some diversity to my collection.  One of the Hall of Fame players I loosely PC is Ralph Kiner.  Since we met him in 2013, I have been picking up stuff of him here and there.  This 2012 Gypsy Queen is a good example of one of his cards that I would grab when I saw it. 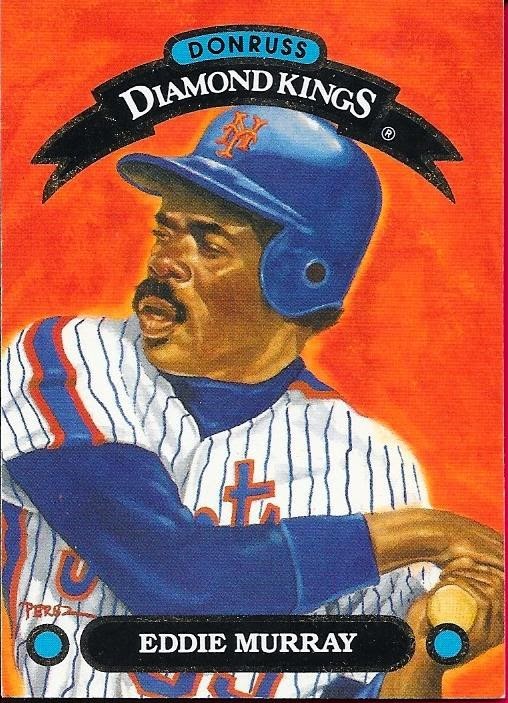 Eddie Murray is known largely as an Oriole.  This 1992 Donruss Diamond Kings card shows him as a Met, obviously, but still looks awesome.  I still to this day love these cards.  I love how it pops when scanned. 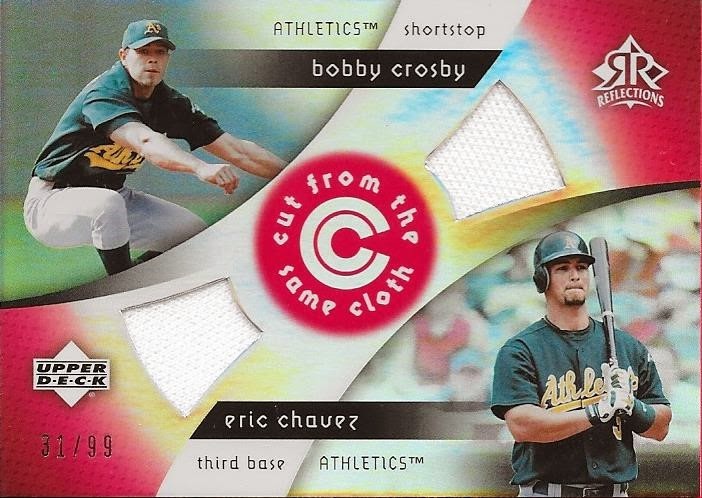 Finally, Joey included this dual relic of Bobby Crosby and Eric Chavez as a surprise in the package.  UD Reflections was a decent product and this dual relic is pretty nice.  I thought it was cool of Joey to throw it in to surprise me, and it did!

Thanks so much for the package, Joey!
Posted by William Regenthal at 10:25 PM