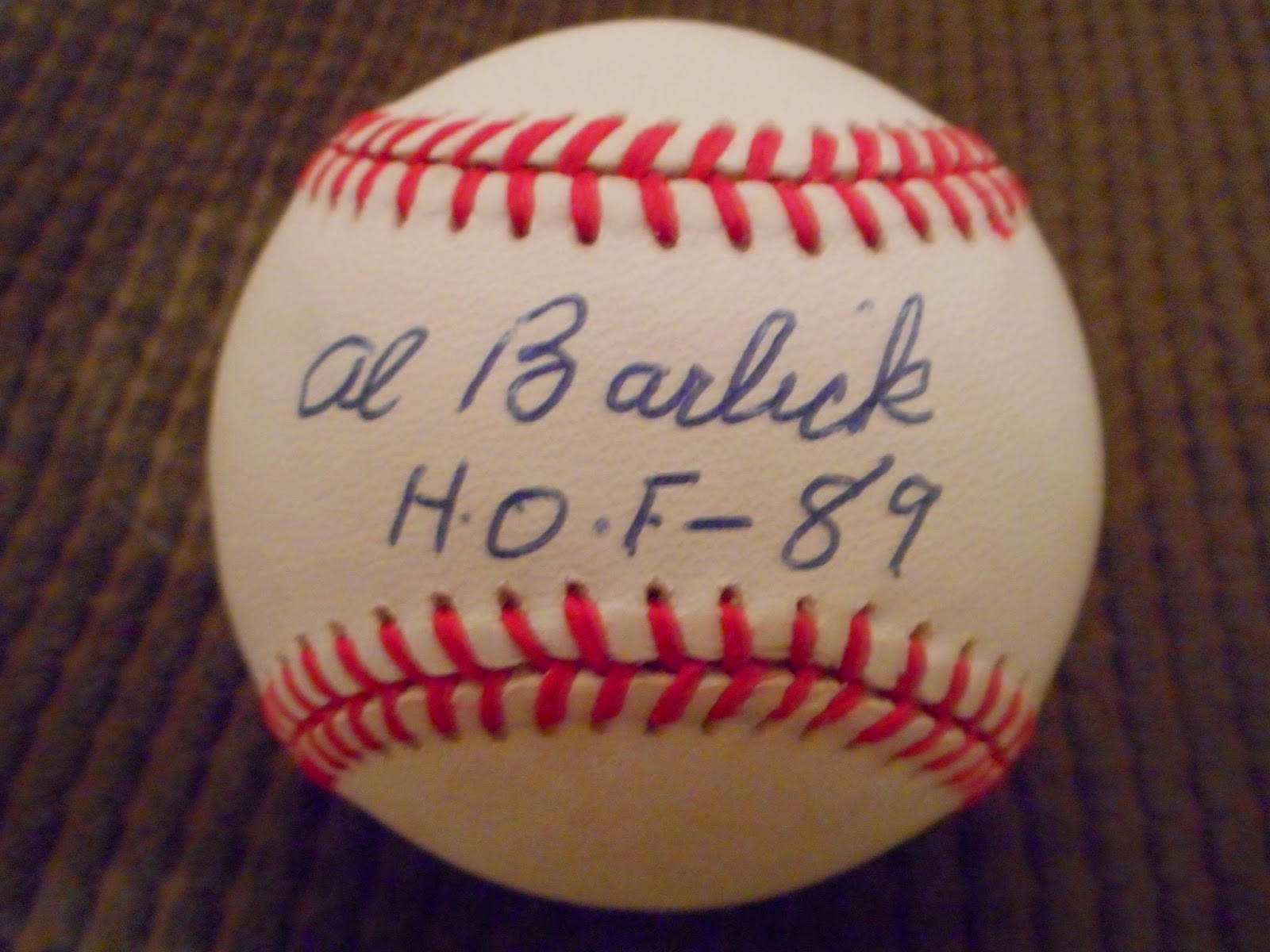 My 107th baseball signed by a Hall of Famer is of former umpire, Al Barlick.

Barlick was elected to the Hall of Fame by the Veterans Committee in 1989.
Posted by William Regenthal at 11:52 PM