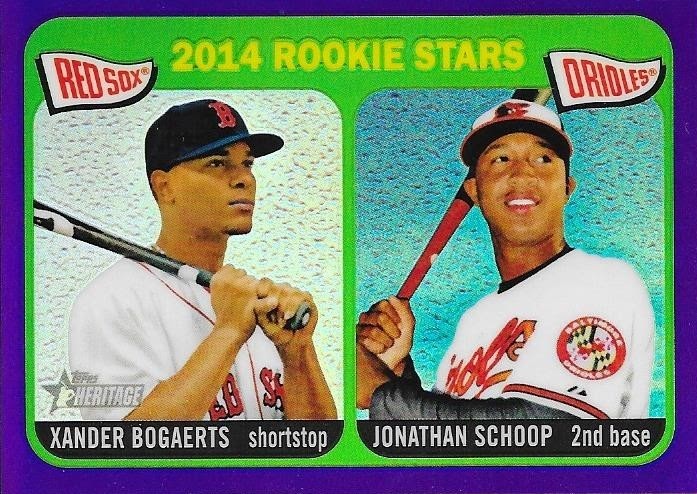 In the first trade package my buddy Scott F. sent me, he had included a few parallels and autos that I wanted to show off, but wasn't able to at that time.  I wanted to save them for a later post, and here it is!

Scott included this awesome purple chrome parallel from 2014 Heritage, a rookie card of Xander Bogaerts and Jonathan Schoop.  I recently organized my Schoop PC and found that I have quite a bit of Schoop's stuff, so this will be a welcome addition. 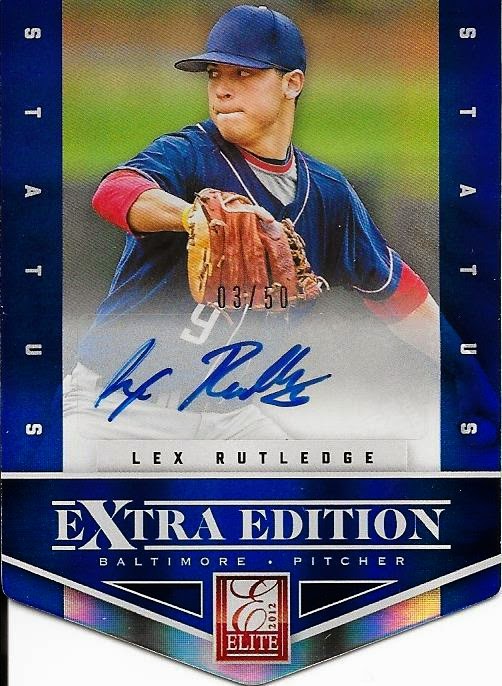 One of the autos that Scott sent was this 3/50 Lex Rutledge die cut from Panini Elite Extra Edition.  This is also a really cool card and looks much better in person.  I met Rutledge in 2013, and he was a really nice guy.  He had spent some time in Gastonia, NC, which is near Charlotte, so we talked about that for a little bit while he was signing autographs. 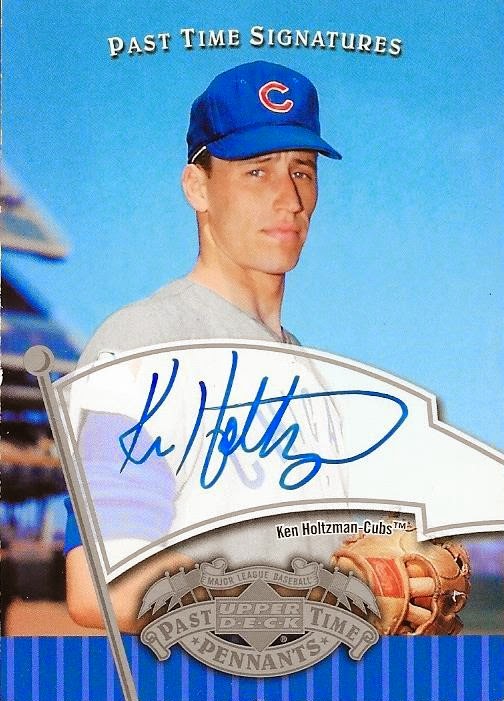 Finally, I picked up a little trade bait for my buddy, Max.  Since he is a super collector of Cubs cards, I figured he would like this Ken Holtzman card.  I haven't shown it to him, yet, but I'm certain he will like it.

Thanks for all of the great cards, Scott.
Posted by William Regenthal at 11:49 AM