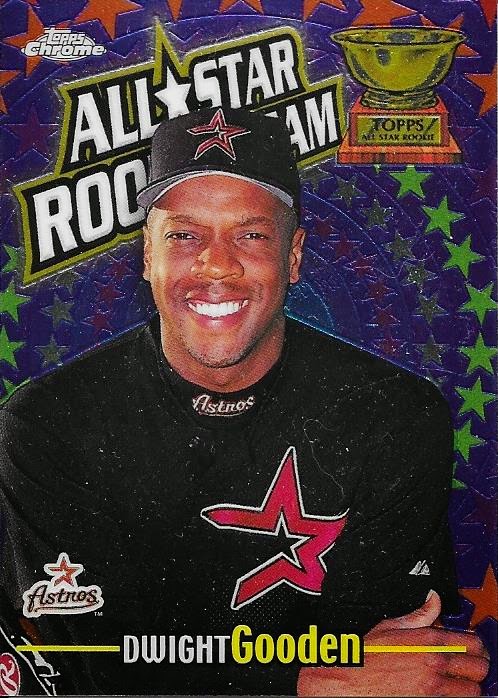 I was at the card shop recently when I came across this card that I thought was really cool.  This is a 2000 Topps All Star Rookie Team of Dwight Gooden, but as an Astro.  I had no idea that Gooden played for the Astros at all.  A quick check on baseball-reference shows that Gooden played for the Astros for 1 game in 2000.  He started the game and lasted only 4 innings and allowed 4 earned runs.

I kind of forgot how good Gooden really was until I looked at his stats.  His career 194-112 record isn't too bad.  I don't think Gooden will get into the Hall of Fame, which no one can blame anyone but him.  Had he laid off of the drugs during his career, who knows how good he would have been.  I know a couple people who have met him, and I've heard that he is really nice.  I think I would like to meet him as well.
Posted by William Regenthal at 8:24 PM