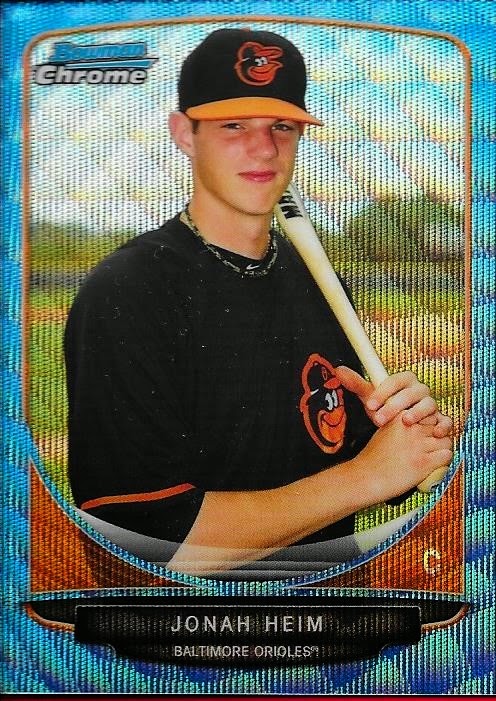 Ok, so this is the final post from my recap of what I got at today's card show.  I got a bunch of Orioles PC needs.  I got 8 cards that I didn't even bother showing (mainly because I was tired of scanning) and the three that I included in this post.

I really like this 2013 Bowman Blue Wave Refractor of Orioles prospect, Jonah Heim.  The blue wave cards are amazingly beautiful and it helps that one of Heim's family members follows me on Twitter.  I've picked up a few of Heim's cards and this one is my favorite so far. 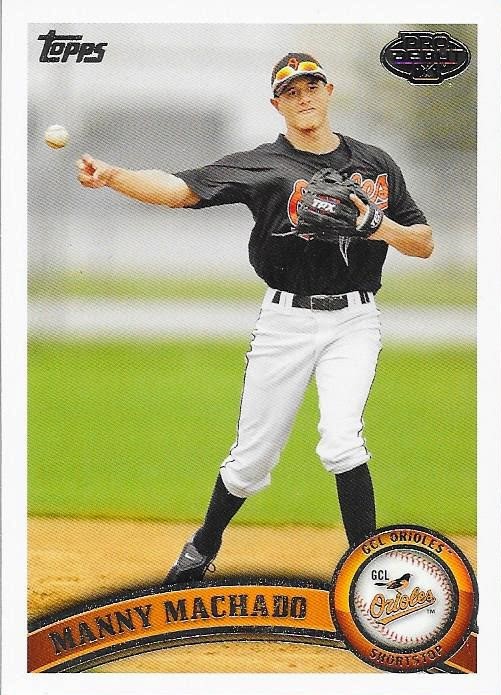 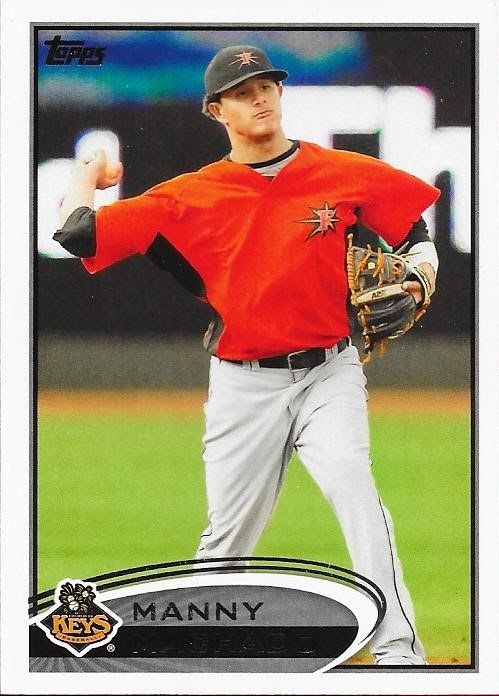 I got this 2012 Pro Debut for $2 as well, I think, but I'm beginning to  lose track.  It still is a nice card and I always enjoy a good Frederick Keys card. 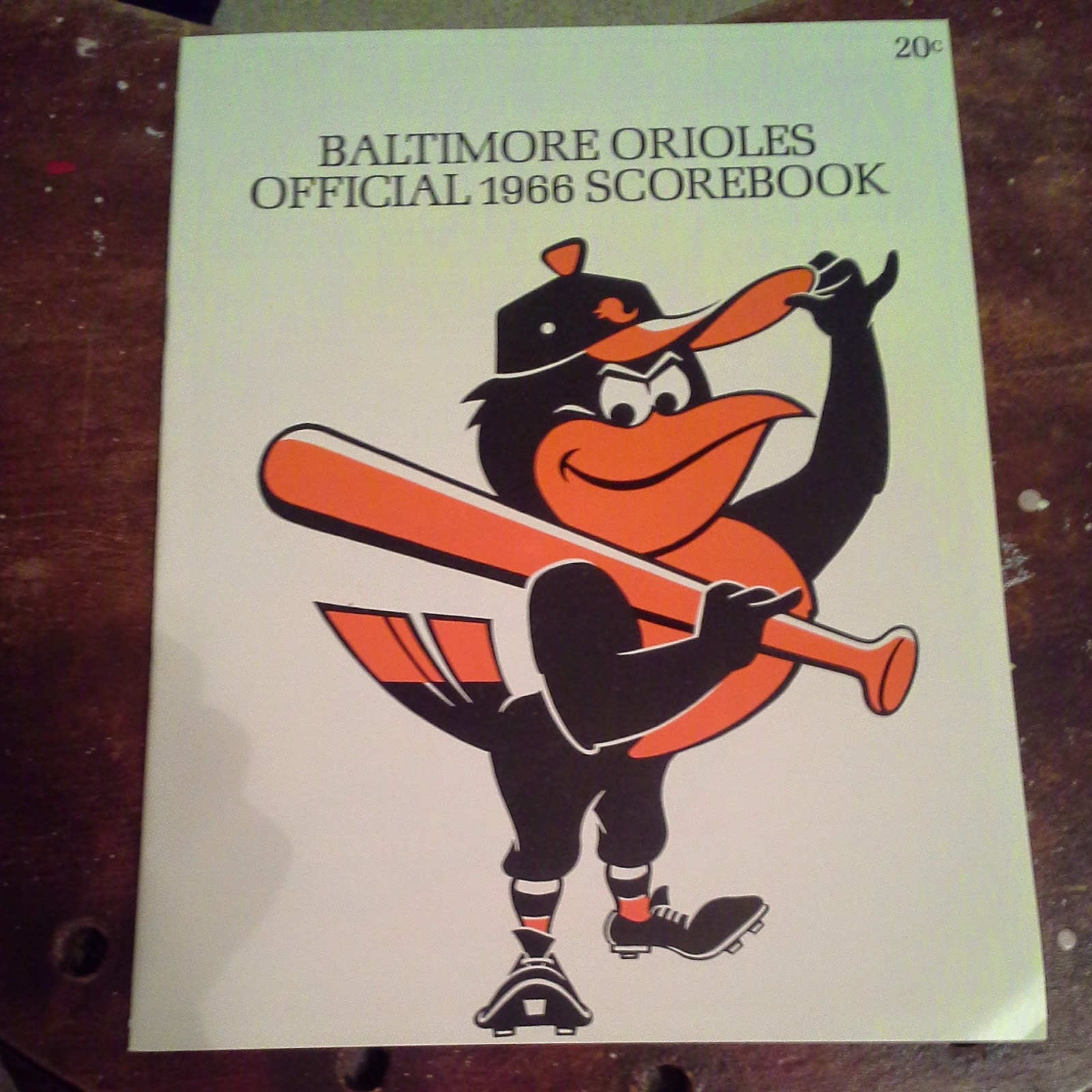 Finally, the last piece I'll show is this mint condition 1966 Orioles program/scorebook that I picked up for $10.  I almost missed out on it, though.  The guy saw me in my Orioles hat and Brooks Robinson shirt and brought the program to my attention right away.  I only had a plastic shopping bag with me, so I didn't want to buy it right away and carry it around the whole time.  I had the guy hold it for me while I made the rounds at the show.  Finally, when I made the last bulk 1959 Topps transaction, I realized that I didn't leave myself with enough money to cover the program.  Oops.

Luckily, the world we live in now has smart phones where we can log onto the internet and pay someone via Paypal while you are standing there talking to them about cards.  So, in a matter of minutes, I paid the guy electronically for the program and added on the previously mentioned 1959 Topps Yogi Berra.

Well guys, there you have it.  One of the most successful card shows I have been to in a long time.  Yeah, I spent a good bit, but I made a huge dent in my 1959 set and scratched a bit of the surface on my 1969 set.  Plus, I got a few sweet relic cards.  Oh, I also bought cards for a few friends as well.

I hope you all enjoyed these 5 posts.
Posted by William Regenthal at 10:07 PM