A Few Things From Michael 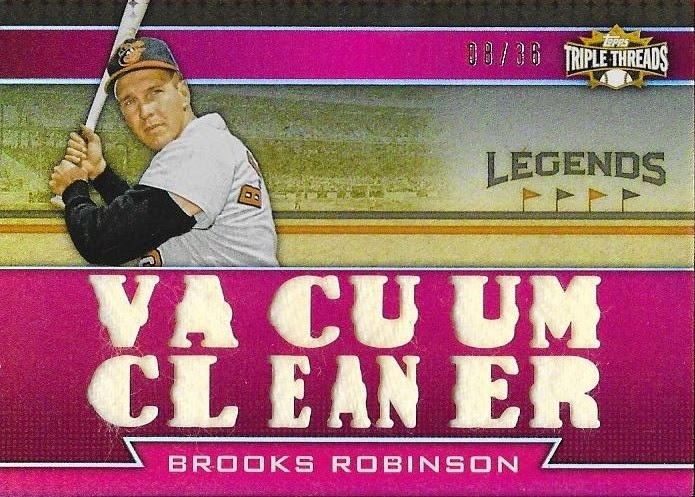 I just got home from a wonderful trip to Baltimore with my wife, son and mom.  I had taken Mom to a game there; her first MLB game.  Since I am so wiped out from the trip, I figured I would show a couple things I got from my good friend, Michael, before I went into the trip itself (likely will be posted tomorrow).

I met up with Michael during the game and chatted with him for about an inning or so and since he knew I would be in town, he saved himself some shipping cost by bringing me a few things I had bought off of him recently.

First, this 2011 Topps Triple Threads Brooks Robinson "Vacuum Cleaner" relic card that I picked up.  I already had the green version with vacuum cleaner spelled with pieces of bat.  This one has jersey relics, and looks pretty awesome.  I guess it's the purple version? 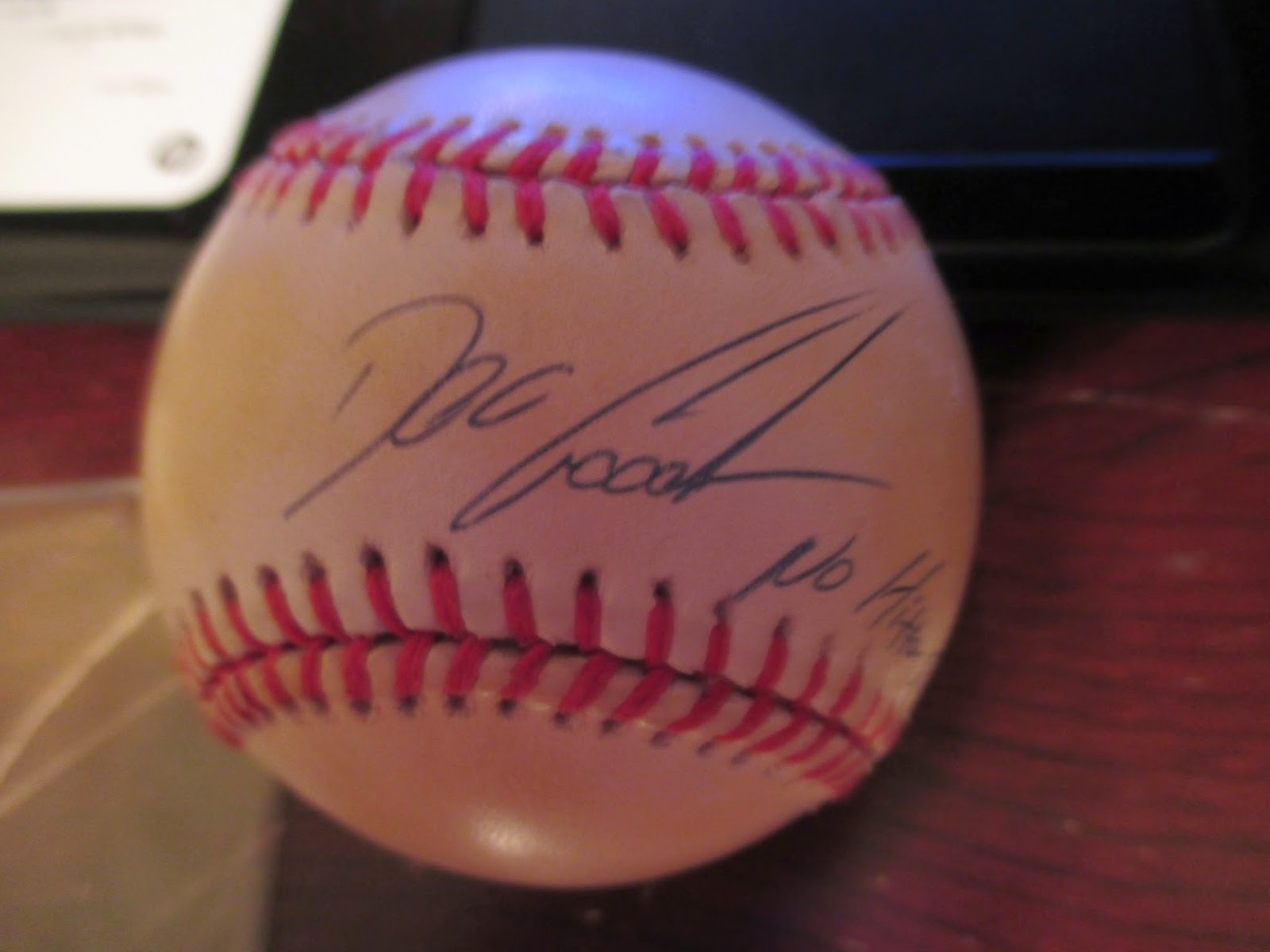 I also bought this Doc Gooden signed baseball off of Michael at a really good price.  He hooked me up because I gave him a good deal on a Bobby Thomson ball.  Win-win, I think. 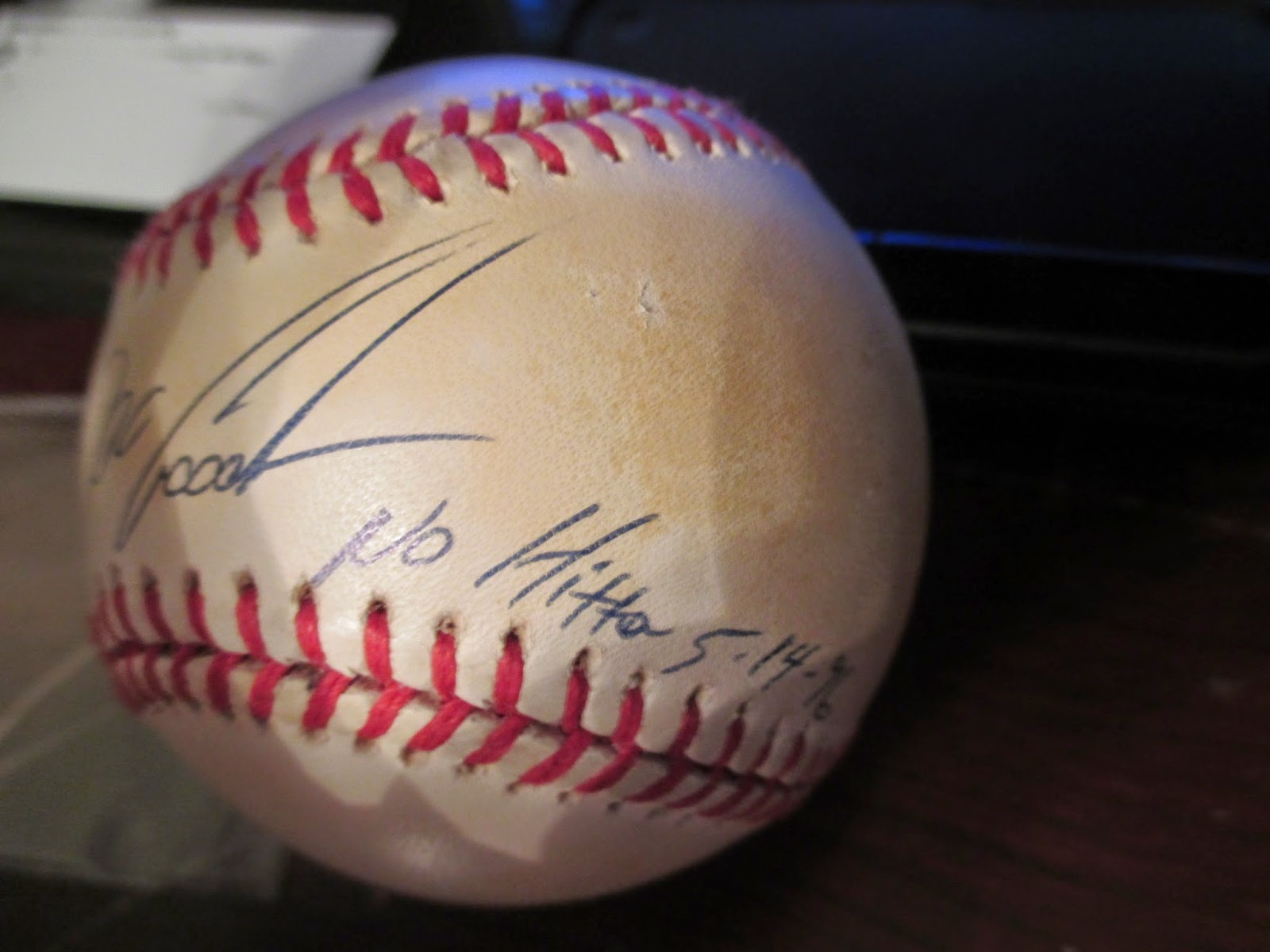 Thanks for the stuff, Michael, and it was really nice seeing you again!
Posted by William Regenthal at 11:23 PM