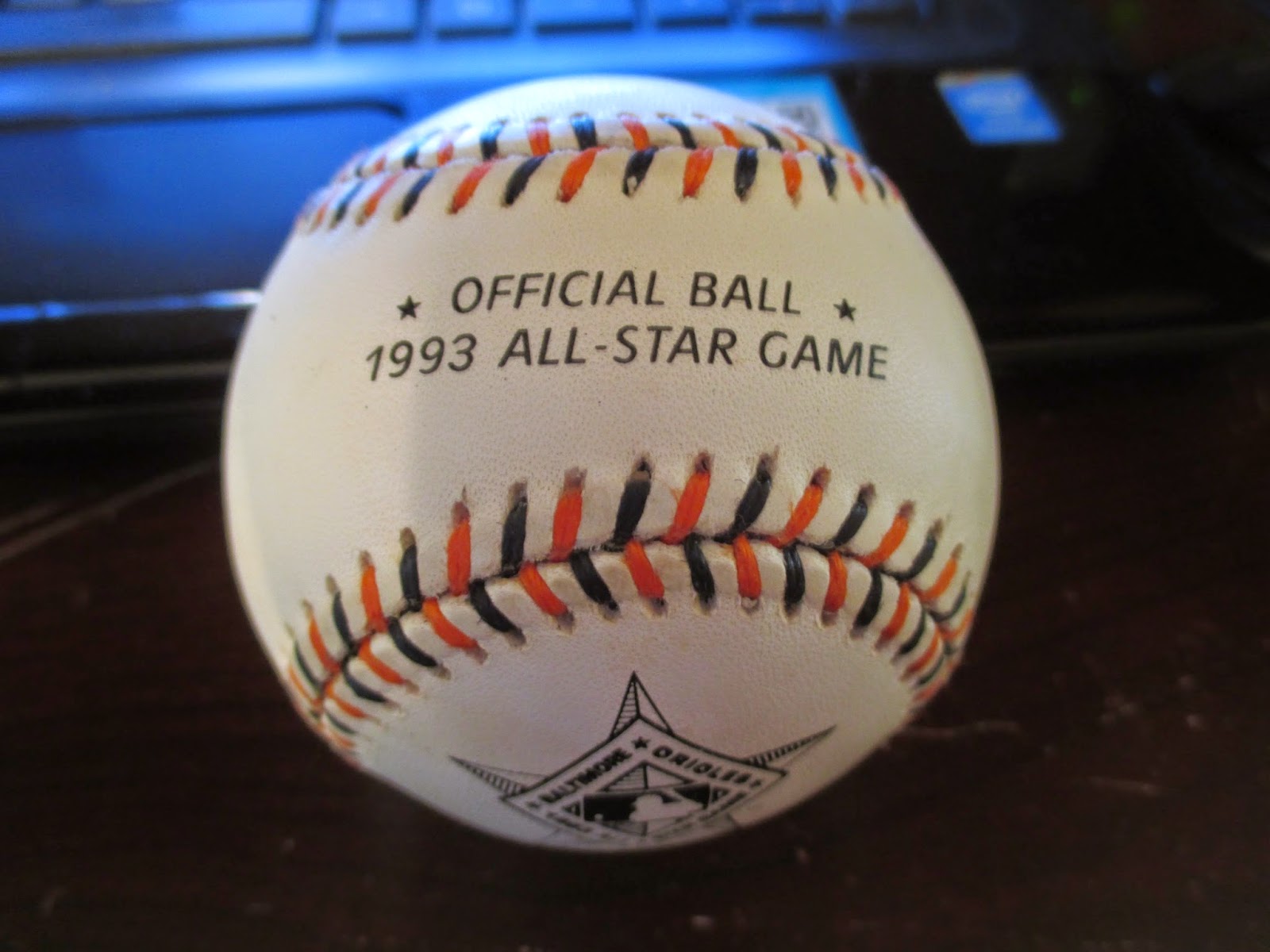 I was browsing Ebay last week and saw a great price on a 1993 All Star Game OMLB ball and decided to pick it up.  The 1993 game was thelast All Star Game that was held in Baltimore. Rumor has it that Camden Yards will be the site of the 2016 All Star game, but it has not been confirmed, yet.

I got the ball for $18.00, which is about typical for a normal OMLB ball, so I feel like I got a pretty good deal on it. 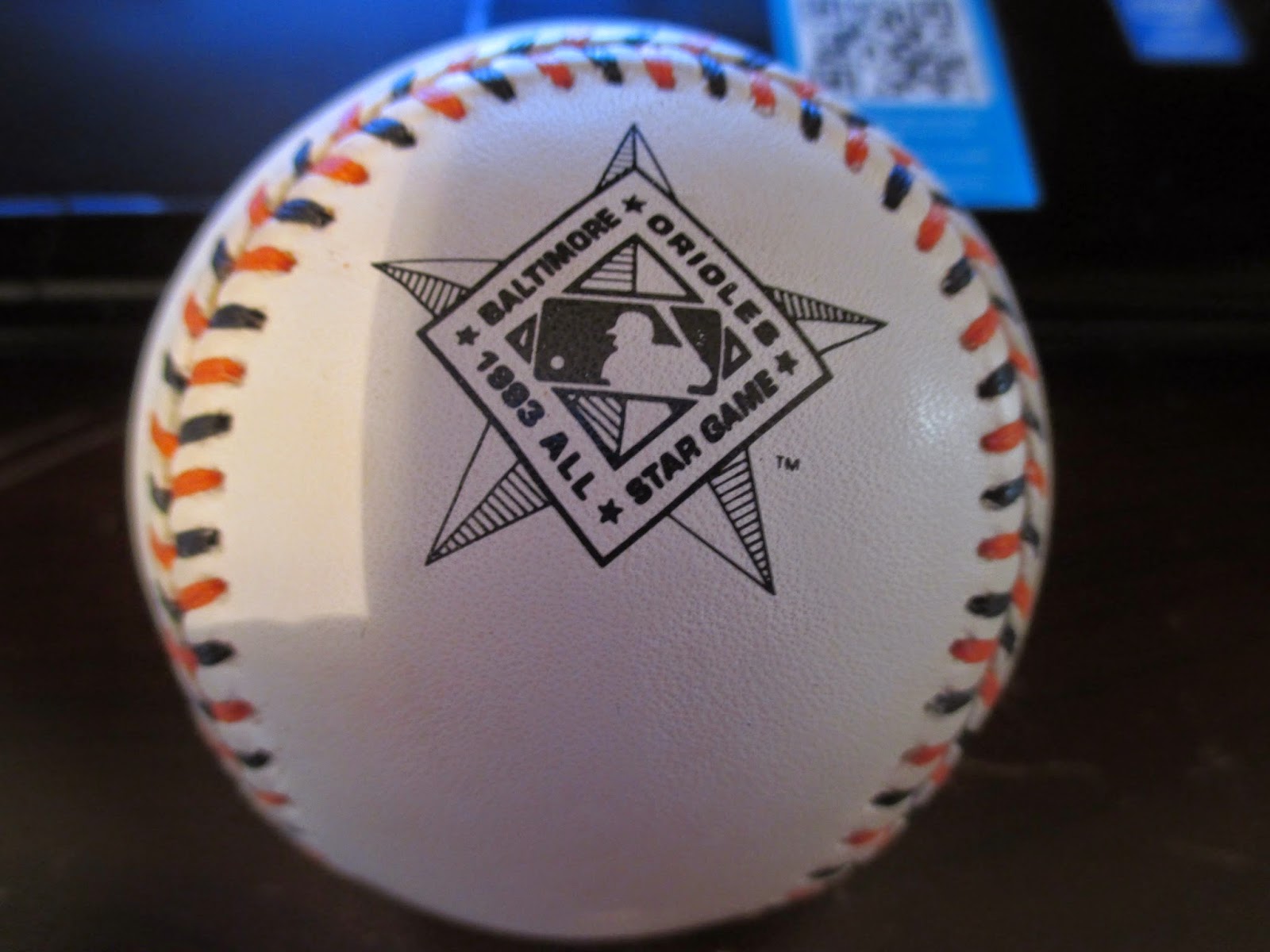 1993 was the 64th All Star Game and was won by the American League 9-3.  Kirby Puckett won the All Star Game MVP award by hitting a solo home run and later, a run-scoring double.

Future Hall of Famers on the NL side were Tom Glavine, Tony Gwynn, Barry Larkin and Ryne Sandberg.