Wow, What a Week 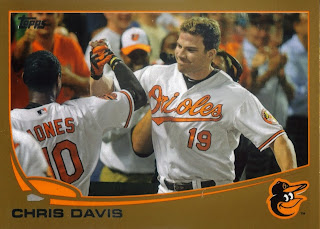 The English majors in the crowd will appreciate the alliteration in the title of this blog post.  You're welcome, Adam.  So, a show of hands from everyone who predicted that the week before the Winter Meetings would be packed full of moves.  Crickets?  Yeah, I didn't see it coming, either.  I mean, really, who thought Robinson Cano would go to the Mariners?

I thought that the Orioles would maybe make a move, but I wasn't all that thrilled that they traded Jim Johnson and seemingly got not a whole lot in return.  Jemile Weeks may be a good change-of-scenery guy, so you never know.  I also still don't know who they will get at the PTBNL; We'll find that out next week after the Rule V draft.  Johnson blew 9 saves last year and saved 50.  The O's played in WAY too many close games, so I think his saves and save opportunities stats are a bit inflated.  I like the guy and will miss him, but really, I do believe he can be replaced.

I also see that former Orioles Scott Feldman and Nate McLouth offically became former Orioles today.  Feldman was serviceable this year and in my mind, the O's really didn't give up much to get him.  I was so done with both Strop and Arrieta that I feel the trade is still a wash, even thought Feldman turned out to be a rental player.

I am saddened, however, by the departure of Nate McLouth.  He was a player you could really root for and I hate to see him go.  It especially hurts that he is one of my son's favorite players (behind Lincecum, of course) and I had to let him know this evening that we won't be seeing Nate at Fan Fest.  Dang.

Finally, I am still whittling down my COMC stack with today's card being the 2013 Topps Chris Davis Gold parallel.  The card is numbered 397 of 2013.  I now need a printing plate, Pink parallel and the Black parallel.  Not bad, right?
Posted by William Regenthal at 5:54 PM