Here is another really cool card that I picked up from COMC the Sunday after Thanksgiving.  This is a 1970 Fleer World Series #27 - 1930 A's vs Cardinals card. 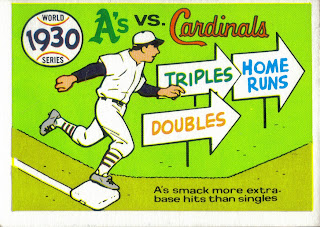 The 1930 World Series is special to me, mainly because it is the only World Series for which I have held the actual corresponding championship ring.  I was afforded the opportunity by the generosity of the son of one of the 1930 Philadelphia A's. 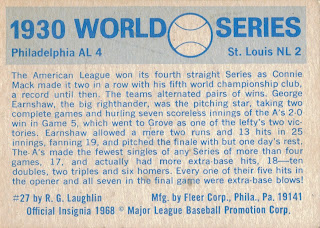