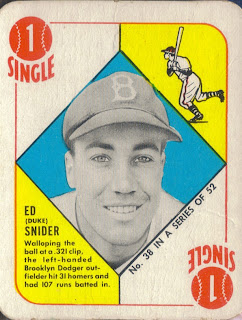 Snider was elected to the Hall of Fame in 1980 (his eleventh ballot) when he received 86.5% of the vote.  Wow, what took the writers so long?  Were they misusing his WAR stat or something?