I was really worried about this one.  I sent to Babe Martin on January 17, 2012.  Other than the two I sent to Yogi Berra, this was the second oldest TTM I had outstanding (the other being the last one I need from the living 1945 Tigers - Ed Mierkowicz). 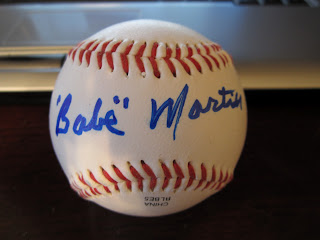 Martin didn't disappoint.  He signed my ball in blue sharpie and also sent two signed cards of his own.  They both looks really nice signed in blue. 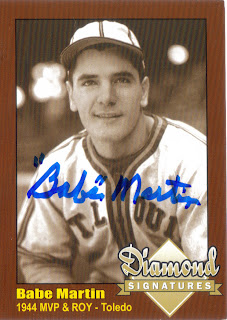 I believe that Martin is the sole surviving member of the 1944 AL Champion St. Louis Browns.  I could be wrong, if I am, someone please correct me. 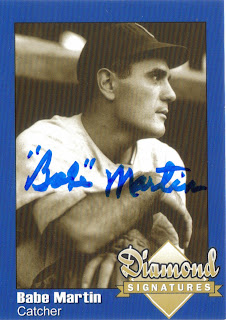