A Nick Markakis 2-run homer in the first inning followed by his RBI triple in the sixth that extended the lead led to a 4-2 win over the Minnesota Twins on Opening Day in Baltimore.  Watching my first regular season game on MASN for the first time since 2009 was a blast as I was able to see what an Orioles win should look like. 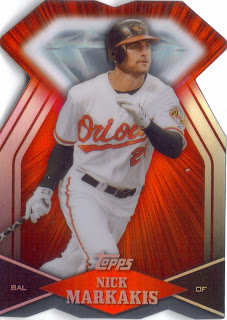 Seven strong innings by Jake Arrieta paced the Orioles today.  Arrieta got 4 strikeouts, 2 hits and 2 walks in those seven shutout innings.  Troy Patton would allow a 2-run home run to Josh Willingham in the 9th before Jim Johnson would come on to nail down the save. The Orioles will go as far as their starting pitching will take them, and today, Arrieta looked sharp.  He was able to cut down on walks and helped his case with 3 great defensive plays.  I really hope that the Orioles continue to play like this. If so, it will be a fun season.
Posted by William Regenthal at 6:09 PM