I've been waiting to write this one, but what can I say about the True Home Run King that hasn't already been said? 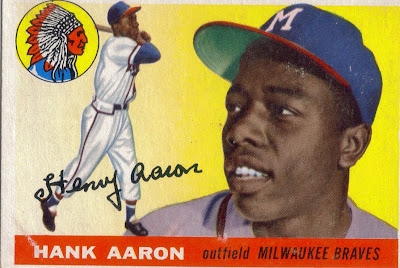 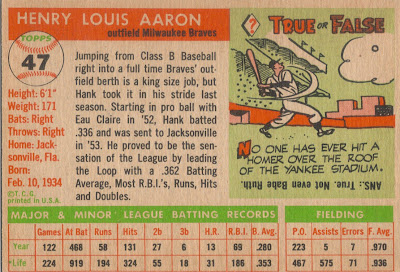 One of the greatest baseball players of all time, Hank Aaron (b. 1934) played from 1954 to 1976 for the Milwaukee and Atlanta Braves and the Milwaukee Brewers. He has an amazing list of accomplishments:

A great looking card. Yours?

Yes, every card I have posted and will post for this have come out of my completed 1955 set. Kind of a pain to scan them all front and back, but I'm doing it a little at a time. Glad you enjoy.

no need to say anything...

just bask in the awesomeness....