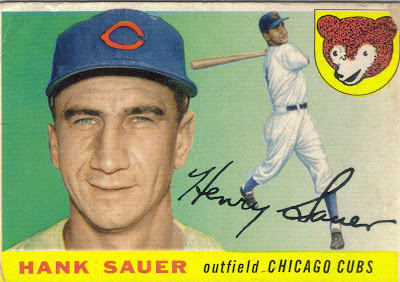 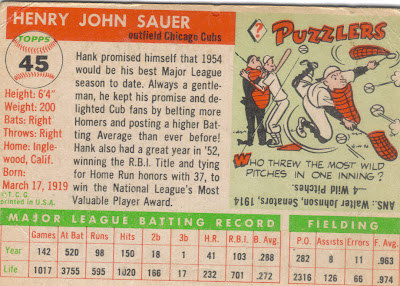 He was called the "Mayor of Wrigley Field" because he was so popular with us Cub fans in the early 1950s. Also known as "Hammerin' Hank," he thrilled us with shots into the left field bleachers and sometimes over the wall onto Waveland Avenue. He swung a heavy bat, was very slow afoot, and not a good fielder. One year after a trade with Pittsburgh, our centerfielder Frankie Baumholtz had to cover a lot of ground between the lead-footed Ralph Kiner in right and Sauer in left. As a child, my favorite Cub was #9, Hank Sauer.