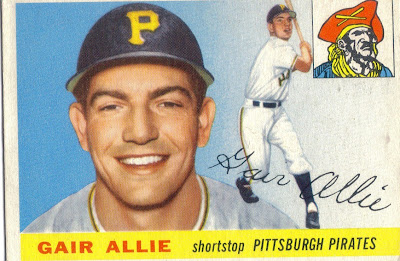 Gair Allie (b. 1931) played only one season in the Majors (1954) for the Pirates. During his cup of coffee, he had 83 hits, 3 homers and a .199 average. He is from Statesville, NC, which is about half an hour from the house I moved from last year. Pretty cool. He also attended Wake Forest University.
Posted by William Regenthal at 12:00 PM