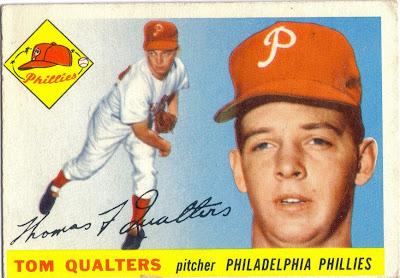 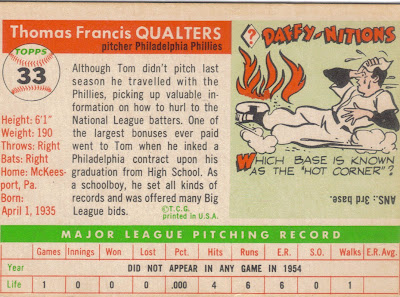 Tom Qualters (b. 1935) was signed out of high school by the Phillies with a $40,000 signing bonus. At this time, players signed to those type of bonuses were called 'bonus babies' and were kept on the team's roster. Qualters pitched in one game in 1953 after his signing and allowed 6 earned runs. His nickname from the other players on the team was Money Bags. He was traded to the White Sox in the 1958 season, but sustained an arm injury that ended his career. He is noteworthy because he is the only pitcher to be featured on 4 different Topps baseball cards without recording a single win in his career.
Posted by William Regenthal at 12:00 PM