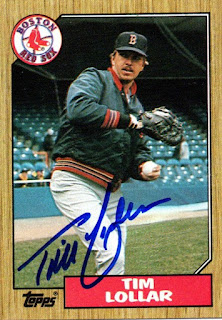 They've been slowing down a bit, but I still have been adding to my signed 1987 Topps set.  This one was from a private signing with Tim Lollar.