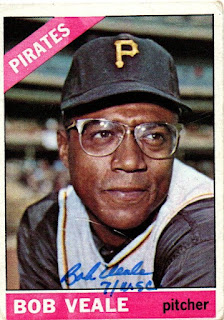 Some nice vintage cards finally made their way out of my "to be TTMed" box and into my album with this TTM success from Bob Veale.  Veale's cards were some that sat in the box for a long time before I finally got around to sending off.  I'm glad I got them back, because they turned out really well. 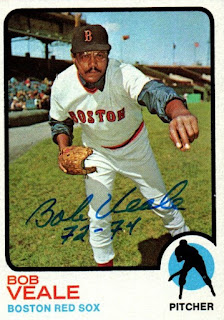