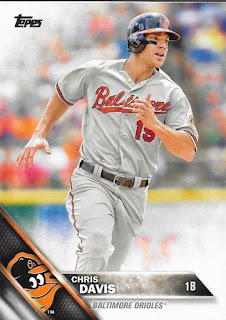 Well, football season is over and the NFL got what they wanted via tons of terrible calls and sent Peyton Manning off into the sunset with another ring and his 200th win.  Good for him.  I feel bad for my sister who is a huge Panther fan.  I'm no football expert, but it did appear that there were a lot of missed calls that could have benefited the Panthers, and several calls against them that were questionable.  Better luck next year, I guess.

What all of this means, and with the receipt of my three jumbo boxes of 2016 Topps Series One, baseball is right around the corner!  With that, I spent the majority of today by sorting through the cards and building my set.

This year's design is probably one of Topps' best yet.  From what I am hearing from a lot of my trading partners, lots of folks are really happy with the changes that were made.  Gone it the standard white border seen on so many Topps offerings over the years.  There are a ton of great photography shots this year, as has been customary in the recent past.

I did ok with my hits from my boxes.  I feel like I will be able to move all of them very quickly, which is something I haven't been able to say about hits from some of the past boxes I have bought. 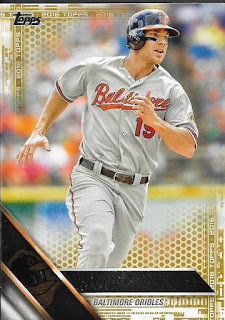 I also did pretty well with my own PC needs.  As you can see at the start of this post, Chris Davis was in Series 1.  He also shows up in the AL Home Run Leaders and RBI Leaders cards.  I have plenty of parallels to pursue as the year moves along.

I finally was able to pull an actual PC parallel in one of my boxes, with the above Davis gold parallel.  It is numbered 969/2016.  I like how the color parallels are very subtle this year.  I think it is a nice way to do them.  They're subtle, but you can still tell what is a parallel and what isn't. 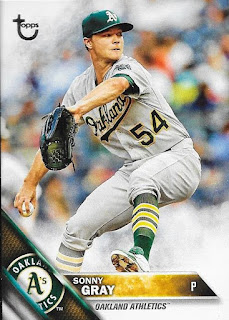 Another cool parallel that I was happy to see return is the Topps retro parallel.  With the Topps retro logo and an old-school card stock, these are pretty nice cards.  I pulled this Sonny Gray numbered 81/99.  Another cool parallel not shown on this post was the black and white negative parallel.  This aren't numbered, but are seeded one in every 22 jumbo packs.  I pulled two of them (Curtis Granderson and Dee Gordon) and already have one sold.  The only drawback from the black and white parallel, is that they look too similar to a printing plate and I'm sure there will be some initial confusion when folks pull them. 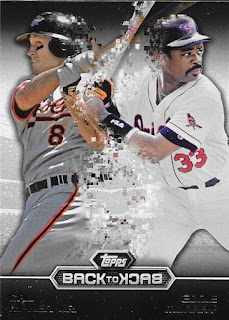 Finally, I didn't feel bogged down by a ton of inserts.  There are several insert sets, but I won't be pursuing them.  I did pull two of these Ripken/Murray Back to Back inserts, so there are two new additions to those PCs.  Not bad.

Overall, I was really happy with this year's Series 1.  While I didn't have any super pulls, this one was solid, and being able to move almost everything quickly helps me out.  I will be able to move the rest at next weekend's card show.  Come on out to see me if you can make it!
Posted by William Regenthal at 11:00 PM