More Pickups From the Card Show 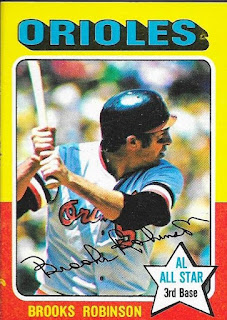 I got a bunch of deals while at the show this past weekend, and added a few nice cards to my collection.

I got the above 1975 Topps Mini Brooks Robinson for my PC.  Thing is, I thought I had this already, but I can't seem to find it.  So, for $5, I grabbed this one while walking around Sunday at the show. 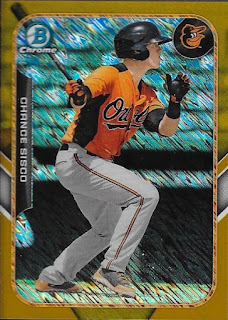 Right after I picked up the Brooks, I kept walking and checked out another table nearby.  I saw that he had this Chance Sisco gold mini shimmer from 2015 Bowman.  This one is numbered 20/50 and looks really cool.  The vendor really needed to put his glasses on, though, because he kept telling me it was Christian Walker on the card.  I didn't want to be rude, but I did correct him, because I felt like he was about to charge extra because it was Walker.  I ended up getting this for $5, though. 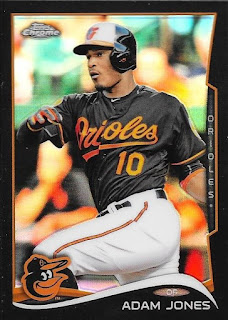 The vendor next to me had a nice box of recent stuff and parallels that I went through a little later when I was bored.  I found a few cards for friends of mine, and this Adam Jones for myself.  I had been tipped off by my friend, Tim.  This Adam Jones black refractor from 2014 chrome is numbered 80/100. 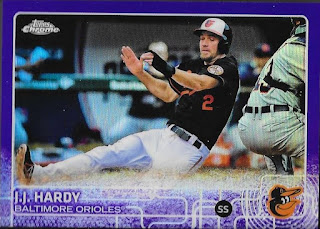 Finally, I got this card from Tim, himself.  He had gone through a dime box and rescued this purple JJ Hardy for me.  It is numbered 55/250.

I feel like I did really well at this past show.  I sold a decent amount of stuff, and have enough to carry over to the one day Easter show, if I'm able to attend that one.  I also bought some nice stuff, but didn't break the bank.  I wish I could say that for every show that I go to, though.
Posted by William Regenthal at 8:17 PM